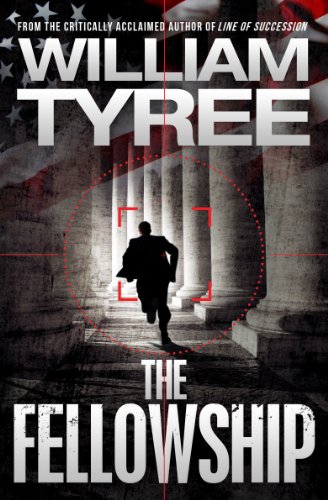 The Bottom Line: One of the year’s best thrillers, the Fellowship is a rapid-fire adventure through London, South Africa, Paris and Rome that never lets up. Steeped in delicious mystery, this is a ride well worth taking.

The second installment of William Tyree’s Blake Carver series finds the protagonist stuck behind a desk at the National Counterterrorism Center as a congressional committee demands information about his previous mission. Carver’s talents aren’t wasted on back-room politics for long, however, as two high-profile politicians from the U.S. and the U.K. are killed on separate continents at roughly the exact same time. The killings are instantly steeped in delicious mystery, however, as the two men appeared not to know each other, no terror group steps forward to claim responsibility, and the lone thing that ties them together is the archaic ritual used to murder them.

[easyazon_image add_to_cart=”default” align=”left” asin=”B00D52X3KE” cloaking=”default” height=”500″ localization=”default” locale=”US” nofollow=”default” new_window=”default” src=”//ecx.images-amazon.com/images/I/518kGNf%2BdVL.jpg” tag=”bestthricom-20″ width=”328″]What follows is a rapid-fire adventure through London, South Africa, Paris, Venice, and most notably, Rome. It’s about halfway through the book, during the chapters in the eternal city, that the story emerges as a Vatican thriller unlike any that has been told before.  Unlike Vatican-based novels by Dan Brown or Steve Berry, Tyree manages to create truly global stakes without ever becoming campy.

The book threatens to drag when it enters a lengthy section set in the 1940s. Fortunately, it quickly recovers, providing rich backstory about the book’s anti-villain that serves to draw us in further.

The Fellowship stands on its own, and could easily be a reader’s introduction to Tyree’s cinematic prose. With that said, it’s a wonderful second installment in the series. Tyree has brought back several of the characters from Line of Succession that landed it on our top 5 thrillers list in 2010, although the lollipop-chomping Julian Speers, then Chief of Staff, is now Director of National Intelligence, and wisecracking fugitive Nico Gold has new perspective after his time on the run.  Carver himself is also given added dimension, which makes his plight to penetrate the shadowy organization known as The Fellowship all the more gratifying.

But Tyree’s reimagination of The Black Order, an organization of pious assassins with some historical basis, is what makes this one of the year’s best thrillers so far.

previous post Vanished, a Suspense Thriller by Kendra Elliot
next post Innocent Blood: The Order of the Sanguines Series
Back to top
mobile desktop