Daniel Silva, author of Moscow Rules, The Assassin and The Rembrandt Affair, is the latest writer of bestselling spy fiction to catch journalist’s ears. In the midst of the ongoing revelations about the Russian spies caught in the United States, Silva was quoted in an op-ed piece by the Huffington Post’s Keith Thomson: 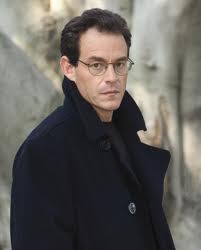 Part of the American psyche is that we think we can just use our superior technology and machines, and that’s not always the case. A spy satellite can tell you what’s going on at any moment. A human spy can tell you wesphat’s going to happen. Americans will be wise to keep in mind that the Russians are engaging in these activities against us for a reason.

Over the years, fellow spy thriller novelists Brad Thor, Tom Clancy and Vince Flynn, among others, have often been called upon by journalists to comment during espionage and military-related news cycles. Brad Thor moonlights as a writer for conservative site BigGovernment.com.