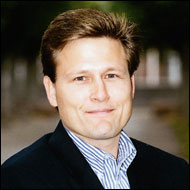 David Baldacci’s latest thriller, Deliver us from Evil, entered the LA Times bestsesller list at #3 last week despite lukewarm reviews. The prolific author has a had a string of hits since his debut, Absolute Power, and has created a sizable following over the past several years.

“David Baldacci’s sequel to The Whole Truth (2008) lacks the creative plotting and masterful handling of suspense that marked his earlier thrillers. Evan Waller, outwardly a respectable Canadian businessman but secretly a human trafficker who sells children into prostitution, has expanded into arranging nuclear weapons deals with Islamic fundamentalists.”