Preorders for the new thriller from bestselling author Alex Berenson, The Midnight House, is on the bestseller list for the 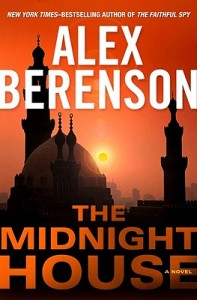 second week in a row.  The Midnight House is currently #12 on the newest NY Times hardcover fiction bestseller list.

A New York Times reporter inspired by his time as a correspondent in Iraq, Berenson broke through with his debut thriller, The Faithful Spy, featuring the fictional CIA agent John Wells. The Midnight House is his fourth John Wells Novel.

Berenson thrillers are reknowned for their believability, but also typically a feature steady drumbeat of action and spy games.  At the heart of The Midnight House, Berenson focuses on the role of torture as administered by the U.S. government.