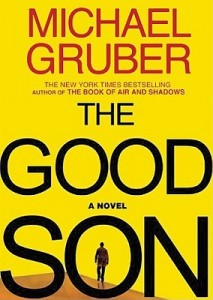 The Good Son by Michael Gruber

Michael Gruber’s new political thriller The Good Son revisits a story familiar to most Americans – the citizen-turned traitor. It’s been a decade since Californian John Walker Lindh joined the Taliban army and found himself on the wrong side of the American invasion of Afghanistan. Gruber’s fictional twist finds Theo Laghari, an ex-special forces solider born in Pakistan to an American mother, on the wrong side of the war on terror.

The novel is getting high praise from critics. The Dallas Morning News says that Gruber, “Writes convincingly about current government technology and the policy committees that control it, and portrays a world view among American operatives and their bosses that should give any serious reader pause.”  The Washington Post writes that Gruber “Serves up a slam-bang ending that involves a nuclear weapon, a gun battle, a plot to blow up Saudi oil terminals and many surprises. Theo, of course, must decide which country, the United States or Pakistan, is his true home.”