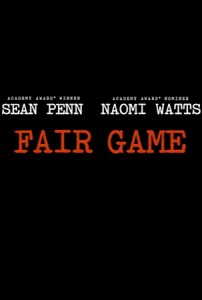 The outing of CIA operative Valerie Plame Wilson has long been a political hot potato, with everyone from Scotter Libby  to Karl Rove  blamed for leaking her identity to right-wing columnist Robert Novak, who wasted no time in printing her name while she was still undercover. Wilson told her side of the story in her autobiography, Fair Game: My Life as a Spy, in 2007. The film version is slated for release in November.

Expect the movie to be dismissed by the right-wing as liberal propoganda. The widely held view of the scandal is that  members of the Bush administration decided to leak her name – purportedly putting Wilson in mortal danger – as retaliation for public criticisms made by the spy’s husband, Joseph Wilson, regarding the Bush administration’s case for invading Iraq.

Watch the Trailer for NBC’s New Thriller Series, The Event
Film Review: The Girl with the Dragon Tattoo (Swedish Version)