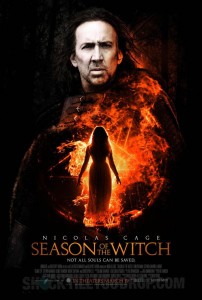 Season of the Witch, Starring Claire Foy and Nicolas Cage

The upcoming supernatural thriller, Season of the Witch, has an answer to the centuries-old question, what caused the black plague? Claire Foy, apparently.

Foy plays a woman accused of witchcraft in 14th-century Europe who is suspected of causing the deadly disease that killed millions. A group of knights looking for answers escorts her back to a monastery.

New Trailer For The Girl Who Kicked the Hornet’s Nest
New Book Trailer for Lee Child’s New Crime Thriller, Worth Dying For