The literary and not-so-literary worlds were rocked this week when the Sunday Times revealed that Robert Galbraith, author of The Cuckoo’s Calling, is none other than Harry Potter mastermind J.K. Rowling. The novel, supposedly based on Galbraith’s “own experiences and those of his military friends,” follows the private investigator and military veteran Cormoran Strike as he delves into the suspicious death of a supermodel.

Amazon has since added Rowling’s name as co-author, along with the fictional Galbraith. 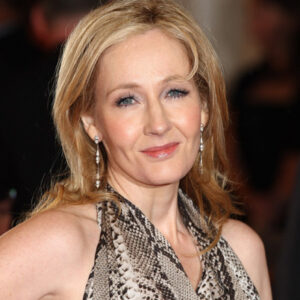 Twitter once again proved itself to be the world’s most influential blogging platform, as the Sunday Times was alerted to an anonymous tip. Immediately after the tweet went out, the Twitter account was deleted.

The book received critical acclaim on its own merits. Publisher’s Weekly: “Combines a complex and compelling sleuth and an equally well-formed and unlikely assistant with a baffling crime…A stellar debut.”

The Times’ India Knight was skeptical initially, until she discovered a few similarities between Rowling’s and Galbraith’s work, including heavy use of Latin. She then confronted Rowling’s representatives, who admitted that she was behind the book. Rowling told the Times, “I hoped to keep this secret a little longer because being Robert Galbraith has been such a liberating experience. It has been wonderful to publish without hype or expectation, and pure pleasure to get feedback from publishers and readers under a different name.”