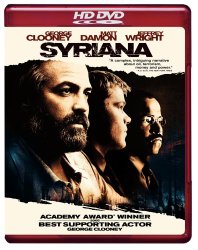 With so many real-life scandals, it’s no wonder that screenwriters love to feature protagonists from “The Company.”  With that said, my current Top 10 list features not only spy thrillers about the CIA (based-on-true-story films Breach, Charlie Wilson’s War and the Good Shepard), but also fictional accounts, as well as a CIA farce (Burn After Reading). Enjoy: