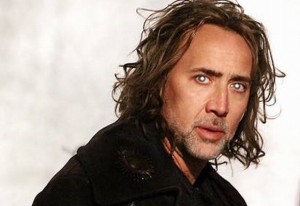 Drive Angry brings us Nicholas Cage in his yet another supernatural role as Milton, a hardened inmate of Hell who breaks out to take revenge uponhis daughter’s killer. Directed by Patrick Lussier and co-starring seasoned actors William Fitchner, David Morse and Billy Burke, Drive Angry 3D is scheduled for a February 2011 release.

The cult that killed Milton’s daughter is now out to sacrifice his granddaughter to complete a ritual which will wreck havoc on the world. Milton has an ally in Piper (Amber Heard), a sexy waitress, and together they rage down an action packed road to rescue the granddaughter, while dodging the police and Satan’s right hand man, The Accountant.

Drive Angry 3D packs a punch with elements of thrill, action, terror and the supernatural all blended into one superb entertainer. It should be a treat for action lovers.  Check out the trailer!