By BestThrillers Staff on October 24, 2016 in Legal Thriller Books

The Bottom Line: Driven by an exceptionally strong female lead, the first entry in Katherine Smith Dedrick’s V-files series is a winner. 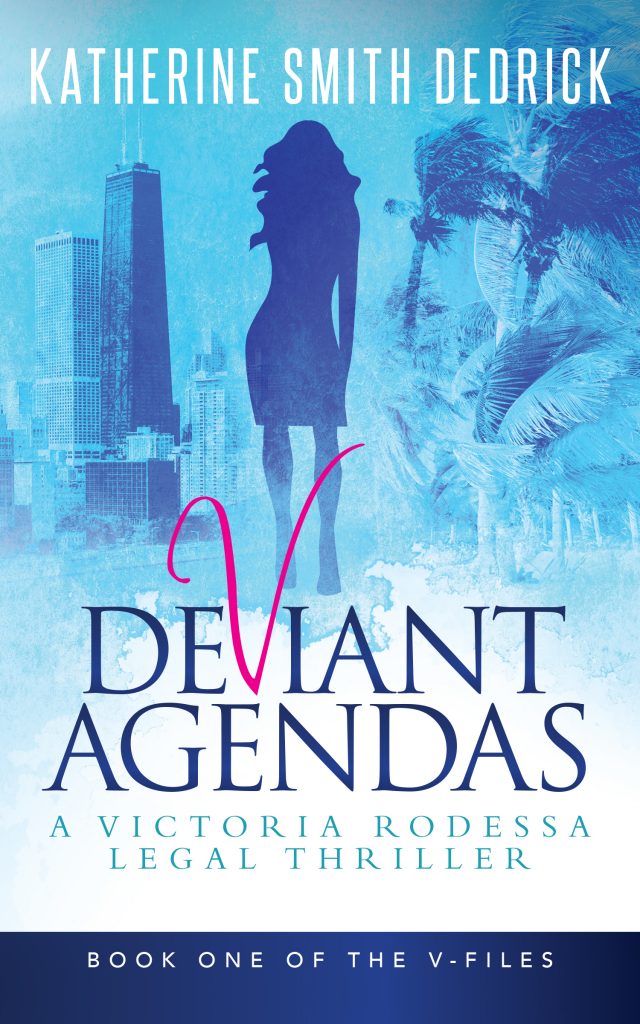 Fledgling attorney Victoria Rodessa is destined for great things. Gutsy and glamorous, she has just graduated from one of the country’s top law schools and been recruited into the ranks of Acker, Smith & McGowen. Landing a multi-million dollar client puts her on track to become the youngest and first female partner in the history of the company.

But Victoria soon learns that Acker, Smith & McGowen isn’t as rosy as she had hoped. Underneath the façade of benevolence and apparent dedication to female advancement in the legal field, the company breeds an undercurrent of misogyny and malice. When a potentially crippling issue arises with Victoria’s top client, it’s clear that the partners are willing to do just about anything to silence her. Faced with the prospect of a ruined career (or worse), Victoria must choose to flee or fight, knowing that the price of either choice is bound to be high.

In Victoria, author Katherine Smith Dedrick has created a central character strong enough to build a series around. While Deviant Agendas isn’t your grandfather’s legal thriller – misogyny is a predominant theme throughout the book – it has enough legal drama to keep both male and female readers enthralled. And though the outcome is rarely in doubt, there’s enough tension in Smith Dedrick’s story to keep you turning pages long into the night.

Here’s hoping a sequel is on its way soon.

Swan Deception, a new Psychological Thriller by Gledé Browne Kabongo
Before You Leap, a new Crime Thriller by Greg Houghton