The Bottom Line: A compelling horror comedy with a big heart and a bigger payoff. 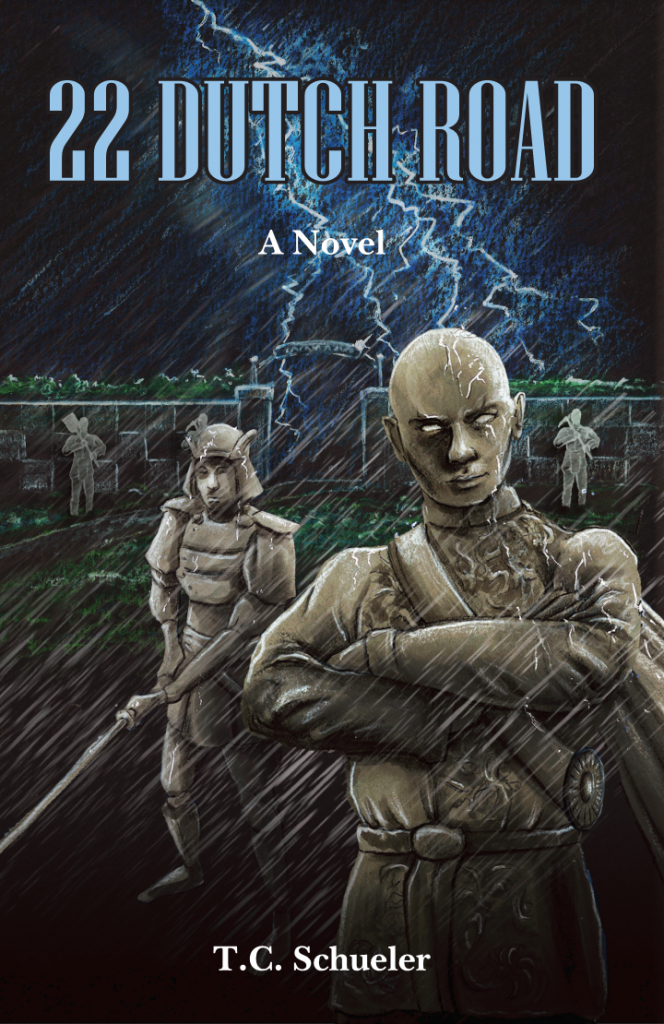 Eight weeks after the death of his estranged father, 22-year-old Billy Buchanan drives his shoddy Toyota Corolla from Little Rock, Arkansas, to the well-to-do neighborhood of Whispering Pines in Rock Hill, South Carolina. He arrives with eight bucks and $25 on a gas station credit card to his name, having been summoned to the empty mansion by his father’s attorney, Deacon Bates.

Deacon has promised him $3000 cash in exchange for signing some papers. But will it happen? That remains to be seen, as his father died broke, and the bank has almost everything on the properly labeled for auction in hopes of covering his father’s debts. Upon arrival, however, he’s faced with an unexpected surprise: the home’s security fence is now surrounded by two dozen imposing statues posted at regular intervals.

Are the statutes supposed to be sentinels, or are they actually laborers? Either way, they look decidedly ancient and valuable.

Author T. C. Schueler creates a sympathetic protagonist in Billy early on through numerous internal stream-of-conscious flashbacks. Billy’s childhood was traumatized by his irresponsible father, who may or may not have been connected to the mob. Despite his poverty and considerable mental baggage, he’s got a solid sense of humor (when his mother asks him how the estate looks, he quips, ““Like Van Gogh vomited.”)

Billy also has an extremely active imagination. Or is it schizophrenia? Atmospheric and lighthearted – complete with eccentric neighbor Stan Rutmeyer and his dachshund Mr. Peebles – 22 Dutch Road picks up considerable steam when Billy observes his first paranormal experiences at the mansion. From there, Schueler has plenty of nice surprises in store that will win over readers looking for a satisfying horror comedy.