The Bottom Line: A masterfully told portrait of crime, technology and heroism in the face of a killer hurricane. Highly recommended. 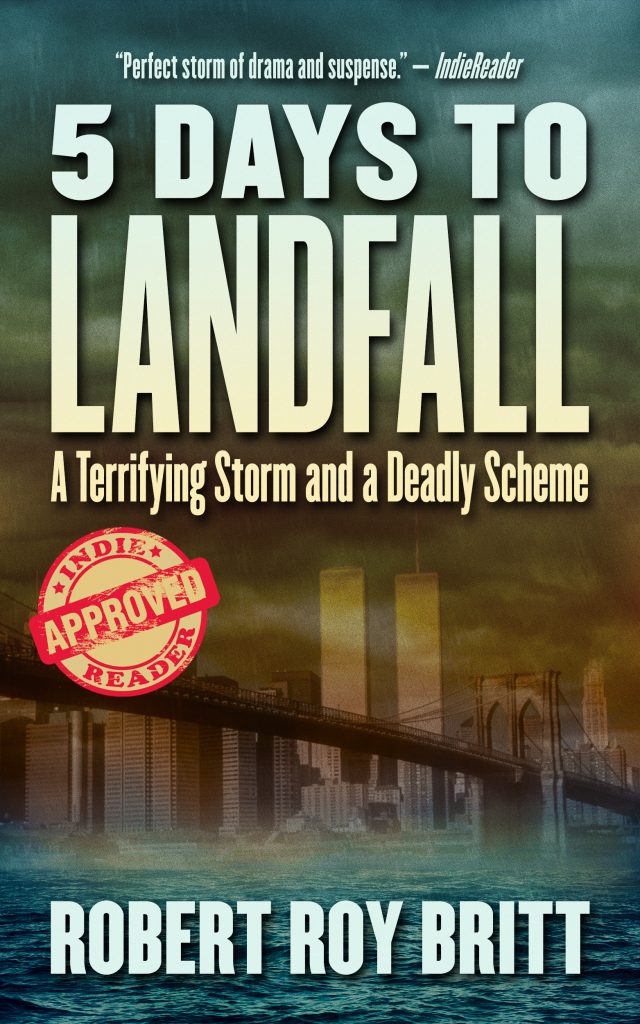 Robert Roy Britt’s 5 Days to Landfall transports us back to 1999, when New York City hadn’t experienced a major natural disaster in nearly 100 years, and the mid-Atlantic region was without a coherent evacuation plan.

Britt’s compelling protagonist, Amanda Cole, is one of the country’s leading hurricane experts. Her instincts in terms of how a hurricane will behave, and what path it will take, are unparalleled at the National Hurricane Centre, and she has a bad feeling about Hurricane Harvey. Britt expertly introduces a divide between what 20th century forecasting software tells her, and what she thinks will really happen. Can she really make a recommendation to evacuate an entire city, with no evacuation plan worth speaking of, based on her gut instinct?

Seventeen years in the making, the genesis for the novel came to Britt while he was a journalist covering hurricanes. His attention to detail on matters of science and bureacracy render even his fictional villains highly believable. Here, corruption, greed, and a monstrous disregard for human life fuel the ambitions of a dark force who wants to make his fortune on the impending tragedy, with the goal being to maximize the devastation, which in turn, will maximize his profit.

Britt’s terrifying descriptions of the violence of a hurricane and the destruction that is caused are intense, absorbing and even educational. The book is a strong reminder that no matter how much we try to study and predict Mother Nature, she will do as she pleases, especially in an era of rapid climate change.

The Missing, a Dark Crime Thriller for Fans of Unreliable Narrators
Field of Fire, a New Terrorism Thriller by Marc Cameron