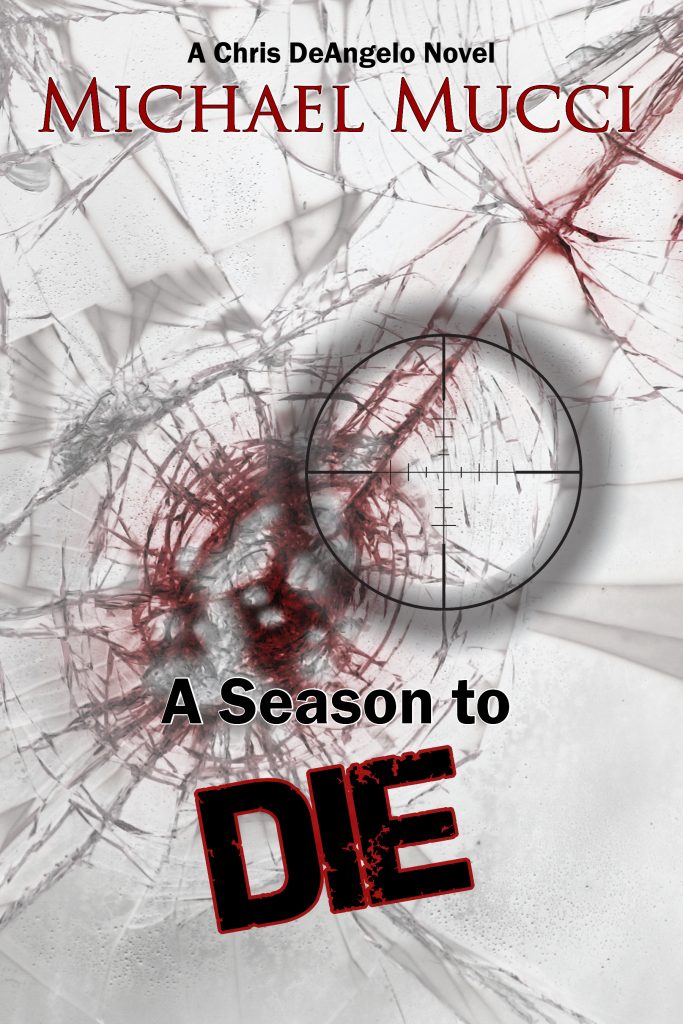 A Season to Die series starts as every good crime novel should – with a murder. Just as Sheriff DeAngelo is recovering from the shock of learning that his close friends are vigiliante killers, another high-profile homocide occurs in what used to be the sleepy town of Macon. The deceased was the wife of high profile Senator, Steven Mills, who is campaigning to be the next governor of Pennsylvania.

DeAngelo quickly learns that the Mills’ marriage was not one of wedded bliss and harmony. Beneath the veneer of being a good political wife, the late Mrs. Mills led a complex life indeed. Adding to the intrigue, the newly-appointed sheriff is under pressure from the mayor, who is not happy with Macon’s growing reputation for violent crime. With the major standing to gain politically with Senator Mills out of the governor’s race, she can’t be ruled out as a suspect.

Against a backdrop of political maneuvering and dubious business enterprises, Mucci further develops DeAngelo as a sympathetic, likeable figure – a regular guy and reluctant sheriff. He seems at times conflicted by his longstanding relationships with the people in the town that he grew up in and his duty to do the right thing. As in the first book, the town itself is full of quirky, fascinating characters you’ll fall in love with.

If you didn’t catch A Season to Kill, that shouldn’t stop you from starting with this second book. A Season to Die needs no prequel, and is an excellent read in its own right.