The Bottom Line: A sophisticated and masterfully written tale about the dangers of loose nukes, terrorism and espionage.

The fear of Iran’s nuclear ambitions, so-called “suitcase nukes” and unaccounted for nuclear material following the breakup of the Soviet Union have been edging the world’s doomsday clock closer to midnight for decades. With Active Measures, Matt Fulton takes all three issues into previously unexplored territory. 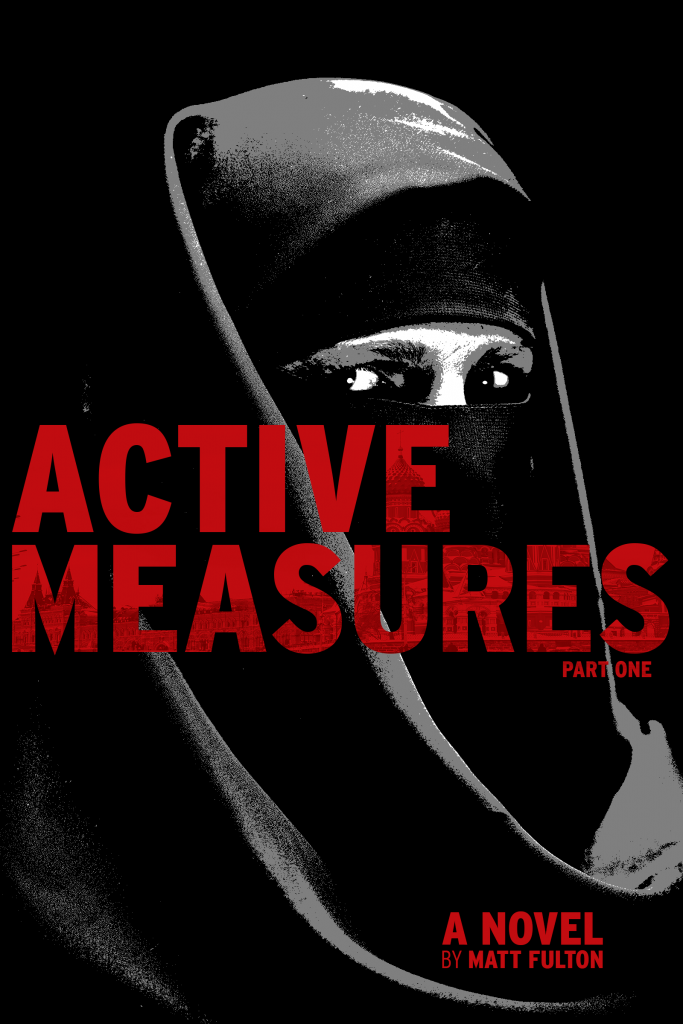 In one of Iran’s infamous underground military facilities, an American intelligence effort known as CITADEL discovers Israel’s worst nightmare – the country is just months away from acquiring a nuclear weapon. But is this really a state-sponsored effort, or is it the work of some other group or individual actor?

Meanwhile in Moscow, an oil trader with ties to the Kremlin is found burned alive in his Geneva home, and Mikhail Karetnikov, the Putin-like president of the Russian Federation, is playing chicken with NATO. Behind all these events is a connection to a Soviet nuclear weapon covertly buried in Germany decades ago.

Most satisfying among the huge cast of characters are Saeed Mofidi, senior advisor to Iran’s supreme leader, and his handler, American operative Jack Galloway. The relationship between the two men feels entirely authentic, and it’s impossible not to feel for Mofidi, a man who lives a life of both privilege and fear. In a book that features at least a dozen significant characters, the level of Mofidi’s characterization is due to Fulton’s plotting and his prosaic style, which is cut from the John le Carré school.

Overall, Active Measures is a dense, globe-trotting story that is rich with geopolitical knowledge. Fulton demands that readers bring a head for history to the page, so be prepared to read a lot of fact-based and fictional background information. For military thriller and political thriller fans, this book is a bullseye.