The Bottom Line: Honored in the Best Thriller Book Awards as the Best Political Thriller of 2021. 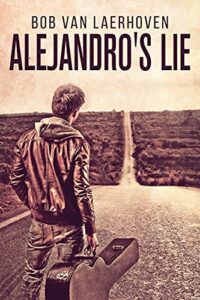 After a dictatorship of ten years, the brutal junta, lead by general Pelarón, seems to waver.

Alejandro Juron, guitarist of the famous poet and folk singer Victor Pérez who’s been executed by the junta, is released from the infamous prison “The Last Supper.”

The underground resistance wants Alejandro to participate in its fight again.

But Alejandro has changed.

Consumed with guilt by the death of his friend Victor, whom he betrayed to his tormentors, Alejandro becomes the unintended center of a web of intrigue that culminates in a catastrophic insurrection, and has to choose between love and escape.