By BestThrillers Staff on December 26, 2021 in New Book Releases

The Bottom Line: Voted the Best Romantic Suspense Thriller of 2021. 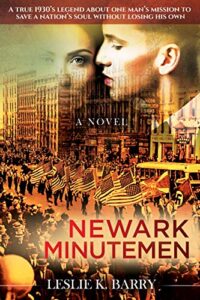 Newark, NJ, 1938. Millions are out of work and robbed of dignity.

A shadow Hitler-Nazi party called the German-American Bund that is led by an American Fuhrer threatens to swallow democracy.

In this dangerous time of star-spangled fascism, a romance forms between the Jewish boxer, Yael and the daughter of the enemy, Krista.

Then Yael is recruited by the mob to go undercover for the FBI against her people and bring down the German-American Bund.