Another slew of exciting thrillers is on deck for release between now and August 1st. Here’s a sneak peek at what’s filling up our queue. 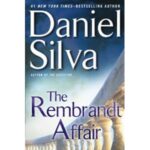 The Rembrandt Affair, by Daniel Silva.

Perhaps a more riveting wordsmith than any other working author in the spy thriller genre, Silva’s latest once again features Gabriel Allon, the world’s only assassin who’s sideline is art restoration. Determined to sever his ties with the Office, Gabriel Allon has retreated to the windswept cliffs of Cornwall with his beautiful Venetian-born wife, Chiara. But once again his seclusion is interrupted by a visitor from his tangled past: the endearingly eccentric London art dealer, Julian Isherwood. As usual, Isherwood has a problem. And it is one only Gabriel can solve. (July)

Spies of the Balkans, by Alan Furst

Furst brings readers once again to World War II, where a port city in Greece is anxiously anticipating a Nazi invasion. Spies are everywhere, and although Greek forces have turned back Mussolini’s army, nobody feels safe – especially jews.

It’s up to an unlikely Greek police official to get as many Greek jews to Turkey as humanly possible. (June)

If spy fiction is your thing but you suffer from short attention span syndrome, editor Otto Penzler has just the thing for your summer beach bag.

Penzler has packed Agents of Treachery with previously unpublished short stories by Lee Child, Stella Rimington and other luminaries of the genre.