The Bottom Line: Military Thriller fans looking for the next Brad Thor have found their savior in C.W. Lemoine’s Spectre series.

The second entry in Lemoine’s Spectre series is an emotionally charged affair with eye-popping air combat scenes. Recruited into a secret organization called Project Archangel, fighter pilot Cal “Spectre” Martin is mourning the apparent loss of his girlfriend and fellow pilot, Chloe Moss. The inaugural mission with Archangel, however, goes horribly wrong, as he’s shot down and held captive in Syria. Facing a dire situation in captivity, he’s reminded of the three basic tenets of Krav Maga that his Sensei had instilled in him since day one of his training: Avoid. Negotiate. Kill. With the first two directives being out of the question, Spectre proves that he’s also an excellent escape artist. 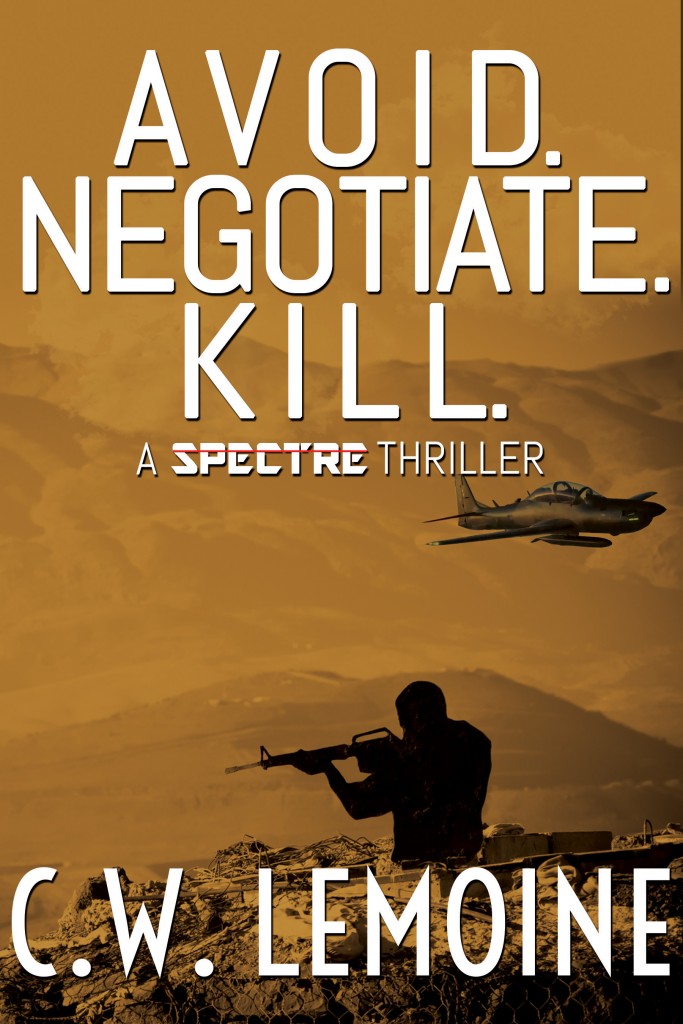 Once back in the states, Spectre finds himself thrust into forced retirement in – where else? – Florida. He retreats to a houseboat owned his friend and mentor, Marcus Anderson. One of Lemoine’s most likable characters, Marcus is a fellow Krav Maga disciple, a hater of Democrats and the trusted caretaker of Spectre’s beloved dog, Zeus.

Not surprisingly, the reunion doesn’t last long. Thanks to Zeus, Spectre survives the assassination attempt via micro-UAV that severely injures Marcus and kills another. Who tried to kill him? Will Marcus survive? Can he really trust Project Archangel’s leader, Ironman? And what really happened with Chloe?

What distinguishes Lemoine from others in the genre are the believable details that grace nearly every scene. When flying a mission over the desert, for example, we learn not only about the logistical challenges of flying night missions, but also about how it feels: “The Night Vision Goggles were bulky and usually gave him a headache. Spatial Disorientation had been a real threat in the F-16, even causing one of his former squadron mates and several other F-16 pilots to eject.”

That realism comes from experience, not research. Lemoine is a veteran F-16 and F-18 pilot who flew a combat tour in Iraq. That, in addition to his knack for plot, make this one mission all military thriller fans should readily accept.