The Bottom Line: An engrossing, pulse-pounding medical thriller that deftly explores the boundaries of loyalty and science.

Luke Cooper is a champion skier who quite literally owes his life to Dr. Henri De Salvo, a practitioner of a wondrous new experimental medical procedure. By the time the novel opens in a French airport – a harrowing scene in which Cooper is duped into handing his passport over to De Salvo’s enemies – Cooper has become far more than a loyal patient; he has also become De Salvo’s apprentice. 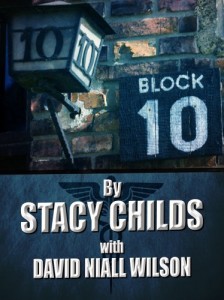 Now going by Dr. Cooper, he’s thrust into a world that looks less and less like the one he imagined several years earlier, when De Salvo stopped him from killing himself and returned his battered body to championship form. Cooper’s talented mentor, it turns out, is the son of a demented war criminal. But De Salvo is no Luke Skywalker – the apple hasn’t fallen far from the tree here. As the chapters clip by, we quickly learn that he has embraced a lot from his infamous father, including some morally outrageous views on life, science and women.

However, De Salvo isn’t all one-dimensional. From time to time, he offers some thoughtful commentary about medicine. This is my favorite: “The problem with American medicine,” De Salvo argues, “Is that it is bound more by the Hippocratic Oath to ‘first do no harm’ than by a responsibility to the essence of our beings.”

It’s when Cooper decides to “do something” instead of “do no harm” that Block 10 gets really interesting. Before long, Cooper is performing radical surgeries himself, and keeping a curious new pet for his personal amusement.

This collaboration between surgeon Stacy Childs and David Niall Wilson poses some interesting questions about personal loyalty. Namely, if someone has rescued you from a terrible fate, but they also happen to be evil, do you still owe them your allegiance?

Will Cooper surpass his mentor in skill and questionable ethics? Or will he betray him instead and turn away from the dark side? If you’re a fan of the medical thriller genre, you owe it to yourself to find out.