The Bottom Line: A wildly successful retelling of the vampire legend set behind the 1980s iron curtain.

An entire generation’s notion of the Dracula myth has been defined by the Twilight series. Can anyone breathe (ahem) new life into the story in a way that is both original and yet faithful to the original legend?

[easyazon_image add_to_cart=”default” align=”left” asin=”1312811315″ cloaking=”default” height=”500″ localization=”default” locale=”US” nofollow=”default” new_window=”default” src=”//ecx.images-amazon.com/images/I/31KOYfSSLsL.jpg” tag=”bestthricom-20″ width=”333″]Las Lugosi’s Dracula is the story of a young American athlete, Emily, who attends the 1980 Summer Olympics in Moscow (If you’re a history buff, you may recall that at the height of the cold war, American president Jimmy Carter elected to boycott the Russian-hosted olympics as a political statement). Emily, an open-minded girl from Southern California, and her friend, Lizzy, break the embargo and attend the olympics against the wishes of the American government.

All, of course, does not go as planned. Emily meets Vasile, wealthy son of The Ruler, whose reign stretches “from the Black Sea and the Carpathians, to the plains bordered by the Danube to the end of the Transylvanian border to Hungary, and from Moldlva to Sarajevo.” She and Lizzy are persuaded to leave Russia to visit the homeland of this handsome and rich stranger.

In his debut novel, Las Lugosi manages to tick all the boxes anyone could want in a contemporary vampire novel and more. Young adult romance? Check. Faithful ties to the original legend of dracula? Check. A truly original plot? Check. But more impressively, he’s taken Dracula out of the Pacific Northwest and back where he belongs: Transylvania.

This is something that Lugosi is singularly qualified to do. He was born in Transylvania, Romania, when the country was still under the rule of communist dictator Ceausescu. His family fled in the mid-80s, a few years prior to the revolution. In Lugosi’s Transylvania, life under “The Ruler” is a delicious blend of the Dracula myth and the regime of former communist dictator Ceausescu.  That’s surely why Lugosi’s descriptions of life under “The Ruler” are so vivid and frankly, grim. But that is juxtaposed by stunningly majestic descriptions of the Romanian landscape, and a convincing blend of history and fantasy. Check it out. 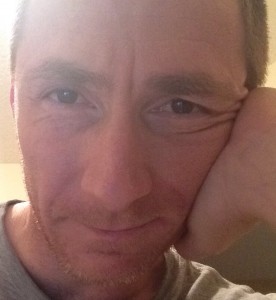