The Bottom Line: A brilliant terrorism thriller centered on the financial system that seems destined for the big screen. 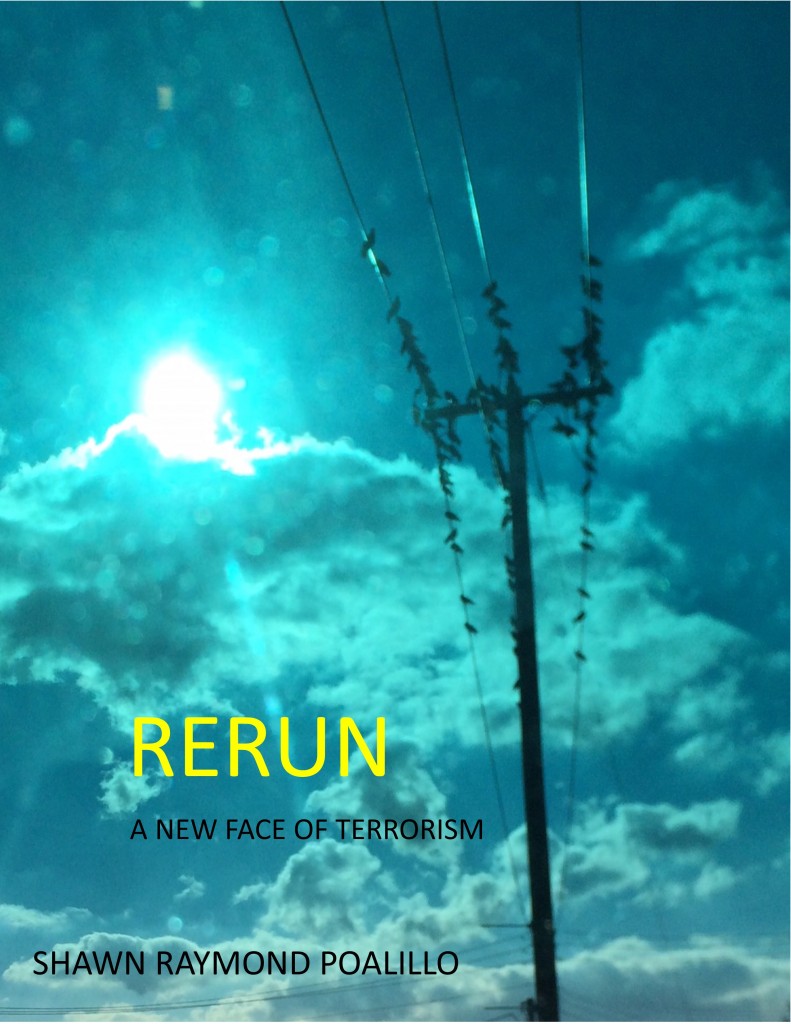 Benjamin Aaronson is a stable, successful New York stockbroker with a loving family that he adores. Within days, he has inexplicably shorted the stock of an American burger chain and attempted to bomb three of its restaurants. Department of Homeland Security Special Agent Michael Poe wants to know why. A series of related events lead him to Aaronson, who explains the incredulous story of how he was drugged and threatened, with just one ominous explanation by his blackmailers: “Debts must be paid.”

What does this have to do with Poe’s investigation into a bunch of drugged birds? You’ll be surprised and delighted by the answer to that question.

In Rerun, Shawn Raymond Poalillo – himself a former Special Agent in the Department of Homeland Security – has given us not only a riveting mystery, but also a fabulous villain in Helmut Zeigler. The aging Nazi war criminal has been hiding out in Argentina in the decades since World War II. Despite the significant passage of time, his belief that the Aryan race was chosen for superiority has remained. That won’t keep him from teaming up with some non-Aryan allies to execute his vision for America, even if does consider them “mongrels.”

To say much more would spoil the fun, but you’ll revel in Poalillo’s cinematic writing even as you scramble ever-faster toward the climactic ending.

Book Review: The Museum of Sudden Disappearances, a Hilarious Mystery by Thomas Davidson
Harry Potter and the Cursed Child, a New Adventure by J.K. Rowling