The Bottom Line: Vince Flynn fans will adore this hugely satisfying action thriller about the redemption of an ex-CIA operative in the badlands of Mexico. 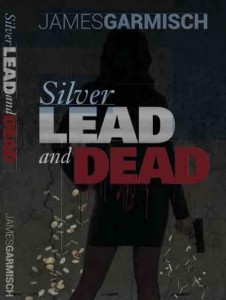 Can an ex-CIA agent wash away his past sins with one heroic mission? Or is it as Game of Thrones author George R.R. Martin wrote, “A good act does not wash out the bad, nor a bad act the good?”

That’s the question facing Evan Hernandez, a former intelligence operative whose personal sacrifice – and the brutalities he unleashed on his enemies – knew no bounds. As James Garmisch’s terrific Silver Lead and Dead begins, Evan has hit rock bottom. He’s haunted by nightmares and reduced to conveying his darkest fears to his dog, Zeus.

His life takes a new direction when his brother tells him that a man named Armando Gonzalez has been kidnapped in Juarez, Mexico. The elderly man, age 79, is the father of the brother’s housekeeper, who they consider part of the family. Armando is a practical, Godly man who seems more than happy to meet his maker (his awesome proof of life message to his daughter: “I am old. Don’t pay these animals”).

Before long, we find Evan south of the border, looking for the old man’s kidnappers. He soon runs into an old friend who has started a mercenary group. The organization’s stated goal is to destroy a billion-dollar drug cartel, protected by former Mexican Special Forces, that has plagued Mexico for years. To say more would be to spoil the adventure, but along the way, you can bet that Evan will run into old enemies that will demand his attention.

It’s a great setup, but what makes Silver Lead and Dead so addictive are the book’s details and characterization. Let’s take Armando’s kidnapper’s, for example. Sure, they are thugs. But Garmisch takes ample time to bring what could have been cardboard characters to life: “Juan looked from the five drugged females to the man he had kidnapped, Armando Gonzales. This was Juan’s first venture into kidnapping, and he was wondering if it was worth it. He and his buddies had not really considered the logistics involved in kidnapping the old man and housing him and at the same time they were working their regular jobs.”

While humanizing nearly every character, Garmisch never slows the pace. Will Evan find the peace he’s looking for, or will he end up – like many of those he cared about – at the business end of an AK-47?

We strongly recommend you dig in and find out for yourself.