The Bottom Line: A glorious end-times religious thriller like you’ve never read before. Newcomer Presley Acuna’s debut novel should be placed near the top of your reading queue.

Times Square, New Years Eve, 2019. A lunatic emerges in the crowd, wielding a burning club, demanding repentance from the revelers around him. Suddenly, the crowd is full of similarly fanatical torch-bearers. Hundreds are set aflame. 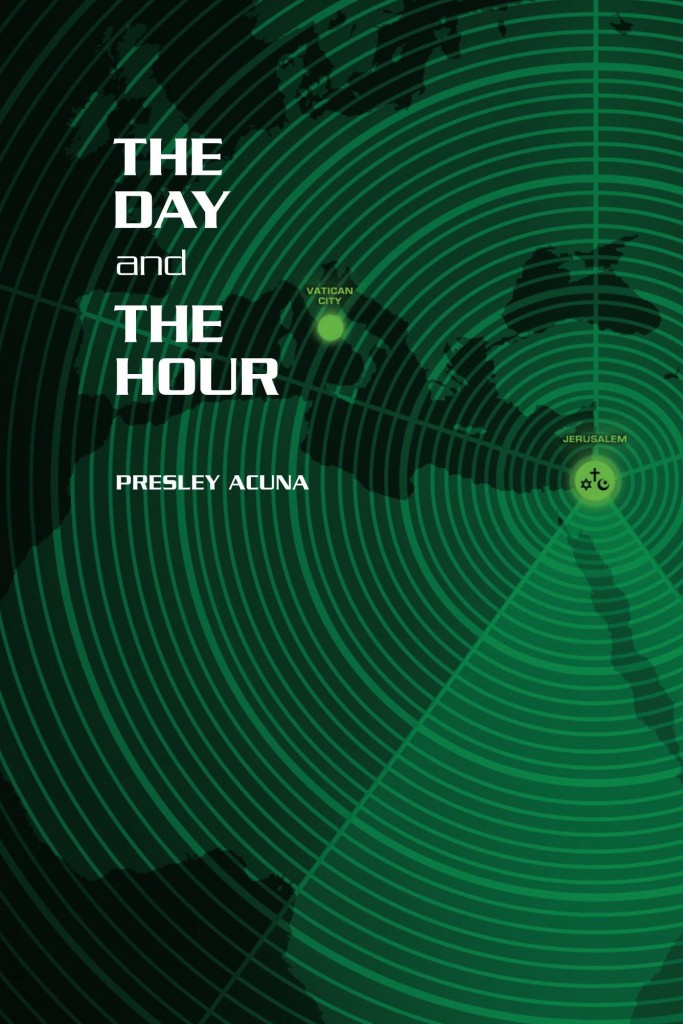 The following day, popular Chicago priest Father Thomas Prisciotti watches news reports of the previous night’s horrors. It seems that the primary suspect is a group of so-called terrorists called The Brethren, who had struck in other cities before. Given the escalating tensions, he’s not particularly surprised to learn that Pope Sylvester III – who has succeeded Francis – wishes to comfort the masses. But shock comes when he learns that the Pope has chosen Prisciotti for a special task force.

As he proceeds to unpack the true motive for the Pope’s request, the priest uncovers a ancient Vatican secret, a shocking threat to humanity, and a papal directive that contradicts everything he has ever been taught.

You don’t have to be a Christian to be engrossed by the global conspiracy so expertly drawn by first-time author Presley Acuna. Given the seemingly endless escalation of religiously motivated violence in the world, the plot – which is inspired by Biblical prophecy, but is in no way constrained by it – is certainly plausible enough. It’s also easy to fall for the influential priest that hosts his own show on Trinity Broadcasting Network. Prisciotti is a rare character in that he manages to be inspiring, philosophical, proactive and vulnerable all at once.

The novel isn’t without its faults. Acuna skews academic with his craft, and there are more than a few three-dollar words and obscure references that George Orwell would have quickly edited out. Certain allegories fall flat as well. But odds are that you’ll be so thoroughly taken by the cadence of Acuna’s blistering plot that you’ll absolve him of these literary sins and turn the pages ever-faster until you’ve reached the breathtaking climax.

Book Review: Girls on Fire, a New Crime Thriller by Robin Wasserman
Before The Fall, a New Suspense Thriller by Noah Hawley