The Bottom Line: With Robin Wasserman at the helm, it’s never too early or late for Halloween. This barnburner of a novel about intense obsession is a must-read. 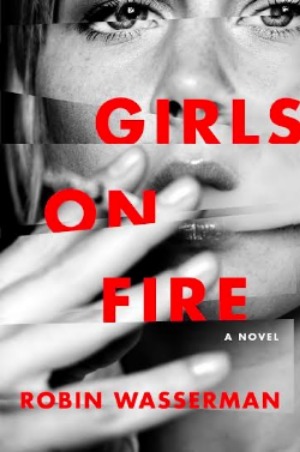 Halloween, 1991. A popular high school basketball star ventures into the woods near Battle Creek, Pennsylvania, and disappears. Three days later, he’s found with a bullet in his head and a gun in his hand—a discovery that sends tremors through this conservative community, already unnerved by growing rumors of Satanic worship in the region.

In the wake of this incident, bright but lonely Hannah Dexter is befriended by Lacey Champlain, a dark-eyed, Cobain-worshiping bad influence in lip gloss and Doc Martens.

The charismatic, seductive Lacey forges a fast, intimate bond with the impressionable Dex, making her over in her own image and unleashing a fierce defiance that neither girl expected.

But as Lacey gradually lures Dex away from her safe life into a feverish spiral of obsession, rebellion, and ever greater risk, an unwelcome figure appears on the horizon—and Lacey’s secret history collides with Dex’s worst nightmare.

Previously, Wasserman cut her teeth on young adult novels, and it shows. These teenage characters aren’t simply drawn – they’re fully inhabited against the backdrop of a town that is walking a razor’s edge. Highly recommended.