The Bottom Line: If historical thriller specialist Brad Meltzer co-wrote a book with Foucault’s Pendulum novelist Umberto Eco, the result would be pretty close to the engrossing mystery that is The Great Apocalypse. 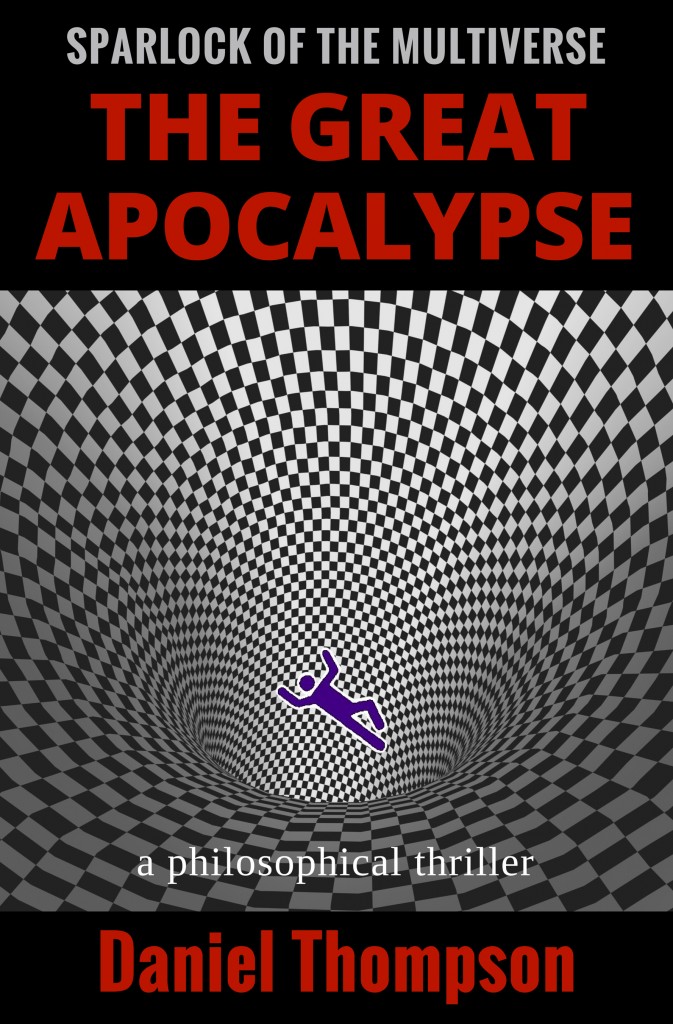 When Doctor Lauren Glenn disappears under mysterious circumstances, editor Thomas Adams becomes convinced that the answer lies with an ancient rebel from Jewish legend. Adams’ quest for truth knows no bounds, leading him to an obsessive examination of a wide range of possible clues ranging from the Great Pyramid to the Bible and everything in between.

The story behind the story is a fascinating one, and it’s impossible to discuss this complex book intelligently without addressing its source material. Author Daniel Thompson’s tale is at least partially inspired by a real-life educational character created by the Jehovah’s Witnesses in 2012 called Sparlock the Warrior Wizard. In the actual video, a child brings home Sparlock, who has magical powers, only to be told that playing with the doll might displease Jehovah (the incident is widely considered a PR nightmare for the organization).

The book also draws upon beliefs about the end of days evangelized by Charles Taze Russell, the original publisher of The Watch Tower, from which the Jehovah’s Witnesses movement emerged after his death (related note: the sequel to The Great Apocalypse will be called All Along the Watchtowers).

Despite Thompson’s fascination with eschatology, and his desire to satirize aspects of the Sparlock controversy, the story’s plot doesn’t get lost in psychobabble. Thompson keeps the plot moving, and despite the far fetched nature of some of the clues, an underlying suspense manages to permeate the story. Much in the way that John Gardner plucked Grendle from Beowulf and took ownership of the character for his own classic, Thompson does wonders with Sparlock, creating a new myth at the core of this enjoyable tale.

Corrupted: A Rosato & DiNunzio Legal Thriller by Lisa Scottoline
The Man in the High Castle, a Sci-Fi Thriller by Philip K. Dick