The Bottom Line: A jaw-dropping paranormal thriller series that is clearly deserving of the TV deal it landed.  Read it now before all you can imagine is Matt Dillon in the read role.

In the opening pages of Pines, the first book in Blake Crouch’s incredible Wayward Pines trilogy, secret service agent Ethan Burke has arrived in Wayward Pines, Idaho, three weeks earlier. Although he wakes in incredible pain, he’s quick to note that something in the idyllic little town seems a little weird. 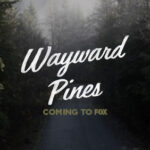 The last thing Burke remembers was being sent to Wayward Pines to find two missing fellow agents who worked with him in Seattle (why were these secret service agents based in Seattle? No idea – but your disbelief will soon be suspended anyhow). He was T-boned by a truck, somehow surviving.

Unable to get straight answers about who has his identification, and why he can’t seem to raise his wife on the phone, Burke soon comes across one terrible secret after another.

And yes, it’s a paranormal thriller. Think Twin Peaks meets the X-Files and you won’t be far off.

To say more would ruin the fun. Here are the synopses for the three books:

[easyazon_image add_to_cart=”default” align=”left” asin=”1612183956″ cloaking=”default” height=”160″ localization=”default” locale=”US” nofollow=”default” new_window=”default” src=”//ecx.images-amazon.com/images/I/51N2uj7axzL._SL160_.jpg” tag=”bestthricom-20″ width=”107″]But within minutes of his arrival, Ethan is involved in a violent accident. He comes to in a hospital, with no ID, no cell phone, and no briefcase. The medical staff seems friendly enough, but something feels…off. As the days pass, Ethan’s investigation into the disappearance of his colleagues turns up more questions than answers. Why can’t he get any phone calls through to his wife and son in the outside world? Why doesn’t anyone believe he is who he says he is? And what is the purpose of the electrified fences surrounding the town? Are they meant to keep the residents in? Or something else out? Each step closer to the truth takes Ethan further from the world he thought he knew, from the man he thought he was, until he must face a horrifying fact—he may never get out of Wayward Pines alive. Intense and gripping, Pines is another masterful thriller from the mind of bestselling novelist Blake Crouch.

[easyazon_image add_to_cart=”default” align=”left” asin=”1477808701″ cloaking=”default” height=”160″ localization=”default” locale=”US” nofollow=”default” new_window=”default” src=”//ecx.images-amazon.com/images/I/51Zjczuga4L._SL160_.jpg” tag=”bestthricom-20″ width=”107″]Nestled amidst picture-perfect mountains, the idyllic town is a modern-day Eden…except for the electrified fence and razor wire, snipers scoping everything 24/7, and the relentless surveillance tracking each word and gesture.
None of the residents know how they got here. They are told where to work, how to live, and who to marry. Some believe they are dead. Others think they’re trapped in an unfathomable experiment. Everyone secretly dreams of leaving, but those who dare face a terrifying surprise.

Ethan Burke has seen the world beyond. He’s sheriff, and one of the few who knows the truth—Wayward Pines isn’t just a town. And what lies on the other side of the fence is a nightmare beyond anyone’s imagining.

Secret Service agent Ethan Burke arrived in Wayward Pines, Idaho, three weeks ago. In this town, people are told who to marry, where to live, where to work. Their children are taught that David Pilcher, the town’s creator, is god. No one is allowed to leave; even asking questions can get you killed.

[easyazon_image add_to_cart=”default” align=”left” asin=”1477822585″ cloaking=”default” height=”160″ localization=”default” locale=”US” nofollow=”default” new_window=”default” src=”//ecx.images-amazon.com/images/I/51Yuk2Km9VL._SL160_.jpg” tag=”bestthricom-20″ width=”107″]But Ethan has discovered the astonishing secret of what lies beyond the electrified fence that surrounds Wayward Pines and protects it from the terrifying world beyond. It is a secret that has the entire population completely under the control of a madman and his army of followers, a secret that is about to come storming through the fence to wipe out this last, fragile remnant of humanity.

Blake Crouch’s electrifying conclusion to the Wayward Pines Series—now a Major Television Event Series debuting Winter 2015 on FOX—will have you glued to the page right down to the very last word.