JFK researcher Mark Kemble becomes tangled in a violent series of events that eventually lead him to Dallas and a confrontation with the president’s assassin. 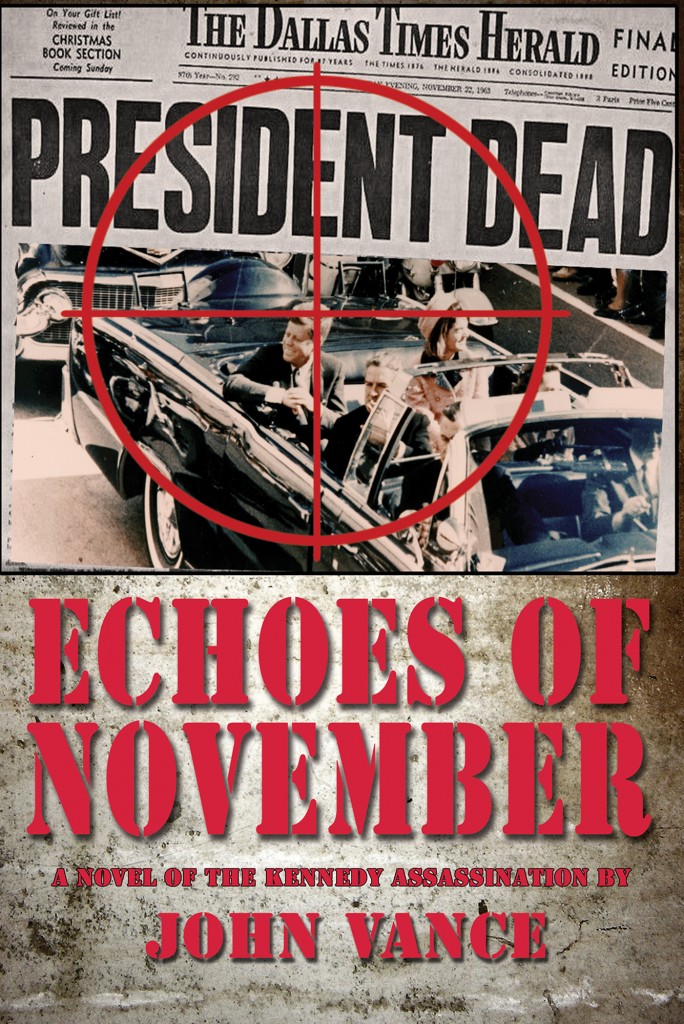 Poll results from the past two decades demonstrate that nearly two-thirds of Americans, Canadians, and Europeans believe that John Kennedy was murdered as a result of a conspiracy in November of 1963.

If true, could one of the assassins still be alive, perhaps living in the United States?

Set in Washington D.C. in November of 2004, Echoes of November brings this assassin to life.

Kennedy Assassination expert Mark Kemble finds himself caught up in a series of violent events that eventually lead him to Dallas and a confrontation with the assassin.