Bottom Line: Readers longing for a new Dan Brown thriller should upgrade to this deftly-crafted global thrill ride about a conspiracy to eradicate the world’s belief systems. 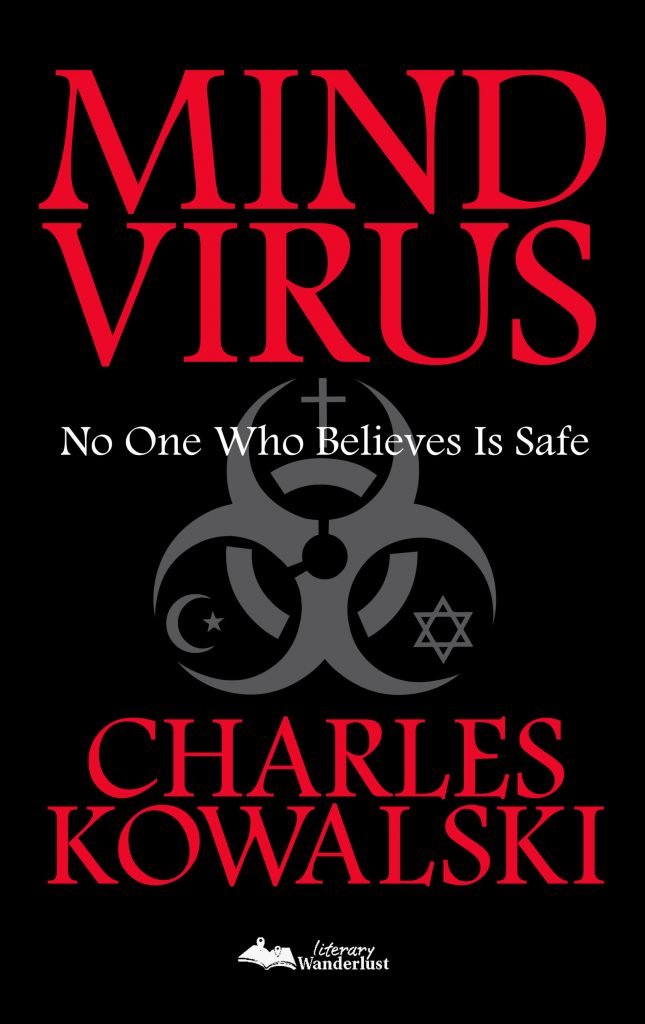 Robin Fox may have left his military career behind for a life in academia, but that all changes when a biological attack hits Washington, D.C. While the FBI and CIA suspect Islamic terrorists, Fox sees what they don’t. The result? A global chase that even Robert Langdon would envy.

Decorated author Charles Kowalski is a pro at thrusting Fox from place to place. In less capable hands, hurtling from one ancient site to another might make for archeological whiplash. This roller coaster, however, is a joy to ride. Throughout the novel, Fox’s pacifist ethos is in constant conflict with the task at hand, and Kowalski uses that internal struggle to flesh out his protagonist. The result is a character that you’ll root for.

As themes go, it’s a meaty book for sure. However, Kowalski artfully combines the typically taboo topics of politics and religion in this page-turner without ever getting bogged down. And while Fox’s repressed feelings for an unattainable woman are part of his character development, the romance never gets in the way of the plot.

Overall, Mind Virus blurs the lines between reality and fiction, but maintains the escapist quality – including a memorable antagonist – that most readers look for. While there’s no official announcement that this is the beginning of a multi-book franchise, let’s hope that Fox will be back for another outing.