The Bottom Line: The return of Denison Hatch’s unruly NYPD detective Jake Rivett is something to celebrate. 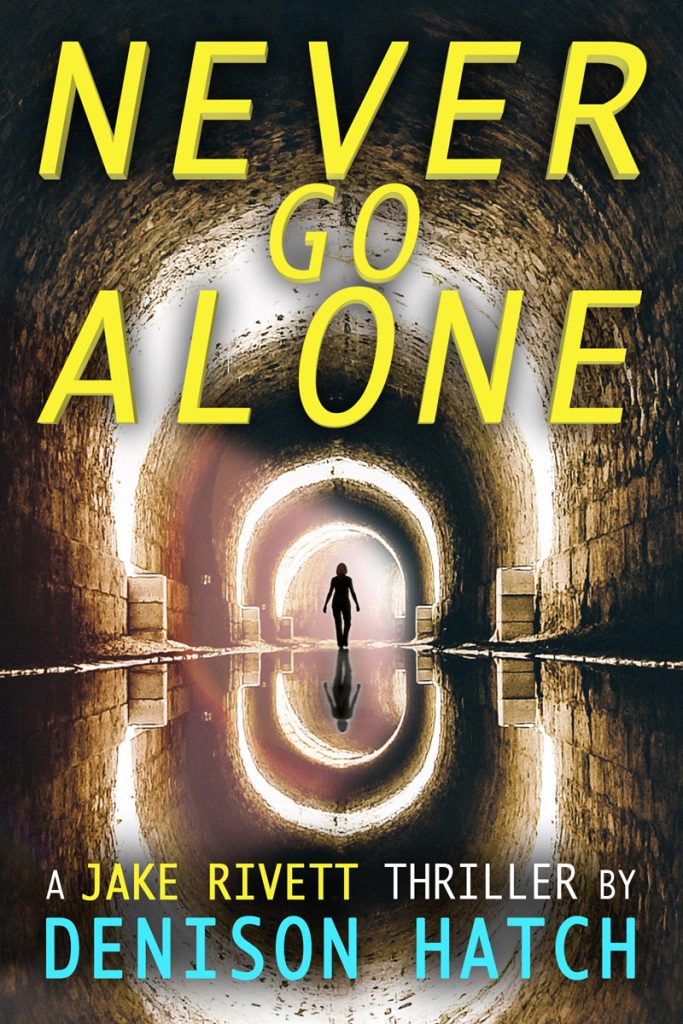 Criminality in the Information Age has become a new frontier of Jake Rivett, the best undercover cop in the NYPD. After spending six months infiltrating a biker gang who rob banks by expertly blowing up ATM’s, Easton finally has a lead on the gang’s mysterious banker: a code name, Leviathan.

After the gang is busted, Jake is sent to infiltrate a new group of thieves that have perpetrated a slew of robberies from buildings owned by Manhattan’s elite politicians and businessmen. The crew: a group of social media-obsessed millennials that refer to themselves as “urban explorers” is highly organized, and highly skilled, leading Jake to the possibility that the entity known as Leviathan is bankrolling their operations.

After the success of Flash Crash, Never Go Alone is an explosive return for both Denison Hatch and his hero. In a landscape flooded with new technology and culture – where robbers take selfies of themselves hanging from the buildings they’re about to rob, or watch “back yard brawl videos on the way to a heist – Hatch has crafted the perfect anti-hero with which to take on this new class of criminal.

The role of the language itself is often overlooked in the crime thriller genre, but it can’t go unnoticed here. Hatch deftly delivers a lot of energy through his wordcraft that propels the story forward, but doesn’t distract (Rivett doesn’t just “ride” a motorcycle – he “rips” it ). Taken together with well-crafted action, and the joyous intensity of toeing the line between cop and criminal, Never Go Alone is a must read for fans of techno thrillers and fast-paced police procedurals.

The Chemist, a New Espionage Thriller by Stephanie Meyer
An Invisible Client, a Legal Thriller by Victor Methos