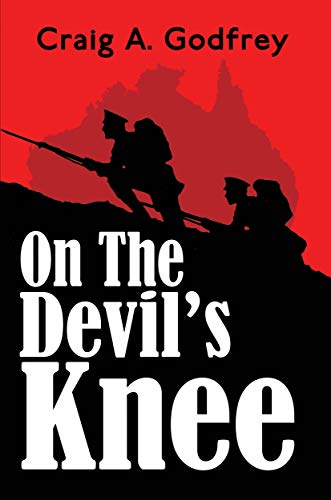 Craig A. Godfrey’s historical thriller begins in Tasmania on Boxing Day, 1914. What appears to be a hat box is delivered to 22-year-old Protestant Frankie Mulberry, who lives at her parent’s home despite secretly marrying a young Roman Catholic named Brady. But upon opening the present, a bomb detonates, killing Frankie, her mother and younger sister.

Detective Charles Lloyd’s investigation begins with the assumption that the bomb must have been delivered to the wrong home. But soon, Brady’s brother Leroy becomes the focus. While both brothers are mechanics, police discover a gun with a firing mechanism removed that is identical to the one used in the bombing. In addition to his shaky alibi and some suspicious mud on his boots, Leroy was one of the few people who knew about the controversial marriage. But are the police too hasty in their conclusion?

Godfrey portrays early 20th century Australia with admirable nuance. On one hand, the country is socially progressive and in possession of relatively advanced forensics and other technologies. At the same time, society is beset by warring sects of Christianity and rising tensions with the commonwealth over the military draft in the growing world war. This all makes for an intriguing backdrop for Detective Lloyd’s case. Unfortunately, Lloyd’s narrative is abruptly dropped for about 200 pages as the novel moves its focus to other storylines in Egypt, and Frankie’s sister, Bes, becomes the prime focus. Bes proves to be a character well worth spending time with, and patient readers can rest assured that Godfrey won’t leave them hanging with loose ends.