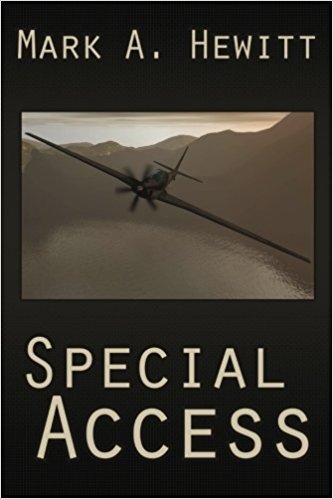 Mark Hewitt’s debut Duncan Hunter novel begins with the White House’s announcement of the Navy SEAL raid that famously killed Osama bin Laden. Between the numerous movies, TV shows and autobiographies written about the storied special operations group, SEAL Team Six is practically a genre unto itself. But rather than focus on a major military victory that was years in the making, Hewitt imagines how mishandled media coverage – and an outright conspiracy within the government itself – might result in the untimely deaths of the SEALs themselves.

With Special Access, Hewitt effectively mines one of the most emotionally high and low periods in contemporary American military history. In 2011, just months after the real-life SEAL Team Six killed bin Laden in Pakistan, insurgents in Afghanistan were shot down a helicopter carrying 30 Americans. Tragically, most of the dead were SEALs. The shocking event fed countless Internet conspiracy theories on why and how they died. It would have been easy for Hewitt to simply pile onto the tragedy, but to his credit, his fictional divergence focuses on a far more interesting and sinister plot.

Imagining a scenario in which the SEALS were essentially hunted by an administration filled with communists and Islamic sympathizers, Hewitt’s story is a genuine page-turner. As with Hewitt’s other books in the series, Hewitt cleverly plays on the fears and prejudices of his audience through the lens of a deeply patriotic, yet flawed hero. As in all Hewitt’s work, moderate republicans, democrats and gays are demonized nearly as much as radical extremists. Still, there’s something remarkably refreshing about the complete absence of PC filters throughout the book, many of which are funny in context (e.g. “Why are democratic women so homely?”). Readers who are politically aligned with Hewitt – or can appreciate Special Access for its pure entertainment value – will be rewarded with an excellent thrill ride. It’s a great start to a series that holds plenty of promise for fans.