The Bottom Line: A breathless, nonstop adventure. J. F. Kirwan’s intrepid heroine Nadia Laksheva is back, this time racing against the clock to stop a nuclear attack. 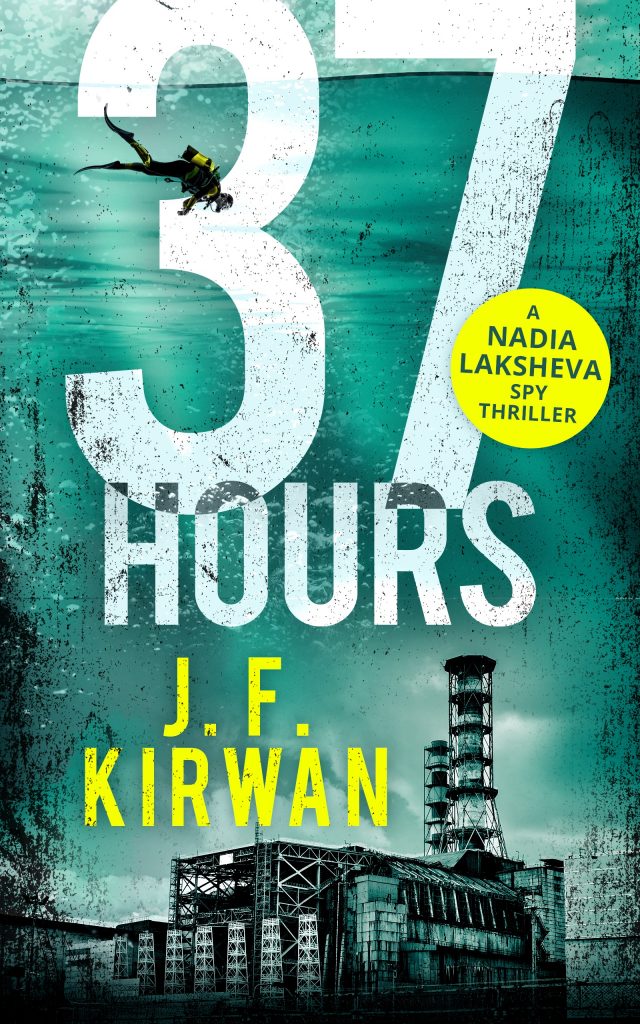 J. F. Kirwan is a man who loves to set a scene. In the second installment of the Nadia Laksheva series, the streets of London are loud and overwhelming, and Russia is dark and foreboding. That’s especially true when Nadia encounters the book’s clever antagonist, known as “The Client.” 37 Hours tasks Nadia, the same whip-smart and unrelenting woman that enthralled readers in 66 Metres, with finding a nuclear warhead. Can she keep London from becoming a pile of ash and rubble?

Kirwan’s second outing shares the breakneck speed and nonstop action of its predecessor. But in sharp contrast to the quiet, sometimes contemplative underwater diving scenes, readers are thrust into the bleak realities of Chernobyl and stark environs of the Russian underground. Don’t worry – the diving sequences aren’t gone. If anything, they’re more indulgent this time, having been amped up with shark encounters and submarine exploration. For those fascinated by the deep, Kirwan provides a level of escapism rarely found in this genre.

Thanks to J. F. Kirwan’s real world experience in the nuclear energy sector, the details of Chernobyl’s restricted zone and reactor no. 4 crackle to life in full color. Meanwhile, The Client is a worthy match to Nadia’s quick thinking and eagle-eyed aim, but she’ll have to endure a lot to survive this go-round. It’s another nonstop ride, with adrenaline-fueled encounters, plenty of action on dry land and underwater, and a final conflict that’ll leave readers’ hearts racing.