Bottom Line: This blockbuster military thriller is the next best thing to sitting in the cockpit. A must-read for fans of Marc Cameron and C.W. Lemoine.  Voted the Best Military Thriller of 2021. 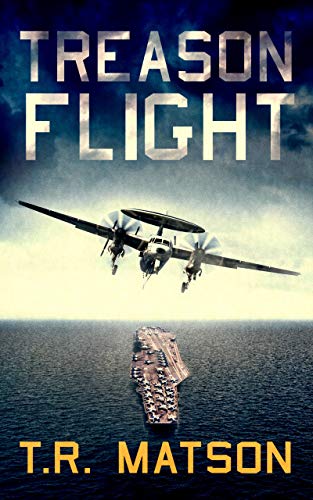 Navy pilot Jack “Rattler” Owen is a skilled pilot on combat deployment in the Persian Gulf. Long deployments have strained his marriage and led to an impending divorce, life on the aircraft carrier has felt stifling and mechanical problems have been plaguing the E-2C Hawkeye aircraft that he flies. But then Rattler heroically hooks two hair-raising landings in the storied aircraft and he soon becomes something of a celeb on the ship.

Rattler begins to wonder if perhaps his “bucket of luck” might just be turning around after all. But the luck appears short lived when odd malfunctions keep happening, and suspicious emails sent from an onboard email address warn him to watch his back. Before long, Rattler finds himself sidelined and his career sabotaged.

Will he choose the safe path and let it all go or will he risk his career and life to expose the leadership that is willing to stop at nothing to benefit their own agenda?

This military thriller starts full-throttle and maintains a breathless pace from beginning to end. While it is heavy on the military jargon from the get-go, it is all done in service to the story, conveying the events in hyper-realistic color — from intense radio communication, combat scenes and the folding of the E-2C’s wings after carrier landings.

What truly makes the story take flight is Matson’s impressive attention to detail, stemming from over two decades of both military and civilian aviation experience. Matson’s resume includes time in the U.S. Navy flying the E-2C Hawkeye and F/A-18C Hornet on combat tours, as well as multiple training tours as a T-45 Goshawk Instructor and Landing Signals Officer (LSO).

And don’t skip out on reading Treason Flight’s preface. It will remind you of the sacrifices soldiers aboard a US Navy Aircraft Carrier, far away from the comforts of home, make to keep the country safe. Highly recommended.