The Bottom Line: This fierce political thriller about an embattled priest caught between war and romantic love is one of the year’s most original thrillers. 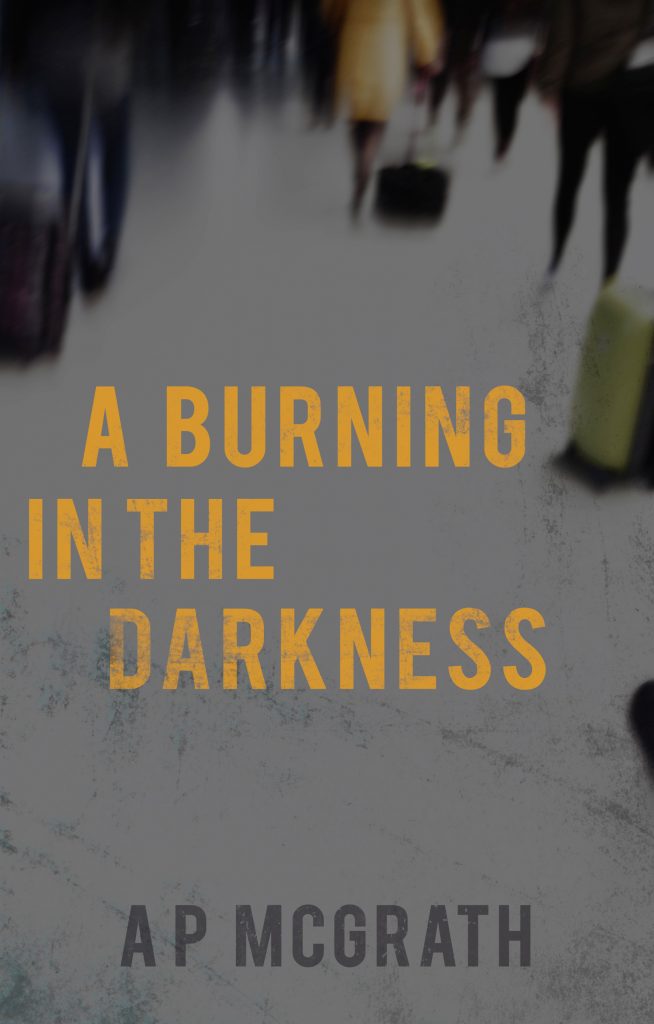 When Liberian priest Michael Kieh offers confession in London, he’s shocked to hear an admission of murder. What’s more? It’s a revenge killing. “ I was angry with her. I was angry with you. I’m begging God’s forgiveness,” the killer says.

The victim turns out to be Kieh’s soul mate – an art dealer with whom he had fallen in love. As Father Kieh rushes to find Joan, who seemingly has only minutes to live, he discovers something even more disturbing – he’s been framed.

A Burning in the Darkness is full of surprises (not least of which is the fact that airports have confessionals – who knew?). The tension between Father Kieh’s duty to the church, his relationship with Joan, geopolitical forces beyond his control and war in his homeland provide an unusually rich set of storylines for a relatively short novel. Among the most compelling passages is a scene where Kieh, returning home, is forced to hide helplessly in the bushes while a group of drugged-up boys with AK-47 proceed to gang rape his sister and slaughter his parents.

Father Kieh is a sympathetic character if there ever was one, and you’ll find yourself rooting for him from the very first chapter. Throughout, the tone and language choices aren’t always smooth, and sometimes beg more questions than answers, but they feel absolutely authentic at all times. Overall, AP McGrath’s book is moving, fierce and compelling. Readers looking for a truly original story that has rarely been told are in for a treat.