The Bottom Line: Don’t expect a lot of Grisham’s trademark courtroom drama, but there’s trouble in paradise as only he can deliver it. Brilliantly narrated by January LaVoy. 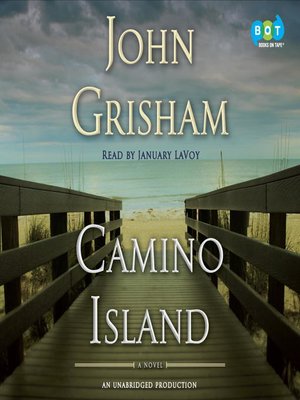 A gang of thieves stage a daring heist from a secure vault deep below Princeton University’s Firestone Library. Their loot is priceless, but Princeton has insured it for twenty-five million dollars.

Bruce Cable owns a popular bookstore in the sleepy resort town of Santa Rosa on Camino Island in Florida. He makes his real money, though, as a prominent dealer in rare books. Very few people know that he occasionally dabbles in the black market of stolen books and manuscripts.

Grisham’s best character in years, Mercer Mann is a young novelist with a severe case of writer’s block who has recently been laid off from her teaching position. She is approached by an elegant, mysterious woman working for an even more mysterious company. A generous offer of money convinces Mercer to go undercover and infiltrate Bruce Cable’s circle of literary friends, ideally getting close enough to him to learn his secrets.

Will mercer learn far too much for his own good? Obviously! And that’s precisely what creates the incredible tension that will have you hooked until the very last page.