Brian Phillips lies alone in the Lumpton Treatment Center, reflecting on the poor choices that lead him there. When a deadly virus is unleashed, Brian must flee for his life—aided only by a strange, otherworldly figurE. 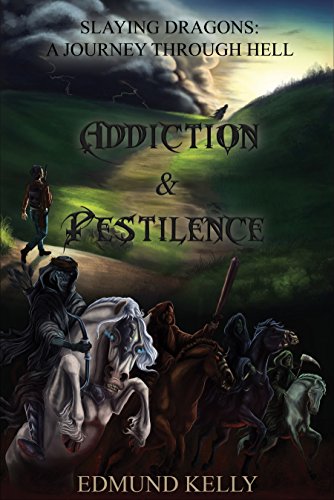 Meanwhile, Drew’s life is turned upside down when his wife walks out following an explosive argument about his drinking. The next morning he receives an untimely phone call, sending him to his ailing mother’s bedside.

As Drew arrives in Florida, a horrifying plague spreads at an alarming rate throughout the Earth. He must now make the long journey home on foot, encountering others along the way—each with their own hidden addictions. As the world is plunged into chaos, can those remaining fight through a disintegrating humanity and overcome their demons … or will they simply succumb?

A compelling look at addiction and the perseverance of the human spirit, Addiction and Pestilence is the first installment in Edmund Kelly’s Slaying Dragons series.

Before You Leap, a new Crime Thriller by Greg Houghton
Taurus, Taurus, Taraus: a Novel about Bio-Terrorism for Diehard Carnivores