The Bottom Line: Fans of Divergent and The Hunger Games will find plenty to love in this enthralling, fast-paced story filled with richly drawn characters and the injustices they face. 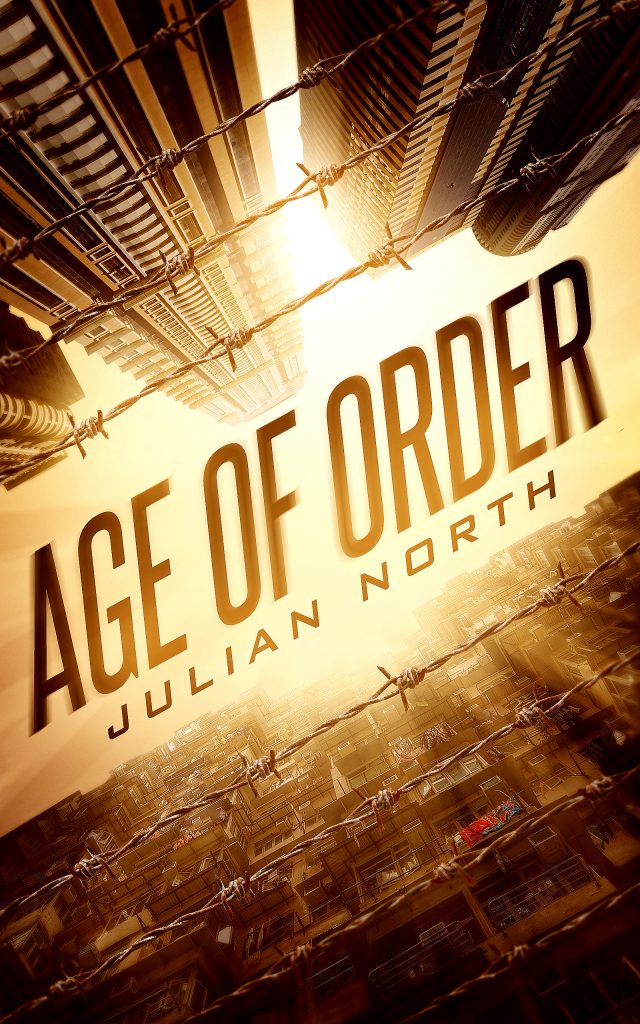 A track star, Daniela Machado has the opportunity to escape the world she knows — the squalor, oppression and constant vigilance required to survive in Bronx City — and claim a spot at the elite Tuck School. While most of the people in her world live under mechanical surveillance, a select group of so called ‘highborn’ dominate the country.

Julian North crafts a tale of contrasts. Daniela moves from a dark world and faces the choice of entering a gilt paradise or staying true to herself. She’s told that she’s earning her way in, but as Daniela explores further , she finds that the system isn’t based on achievement, but nepotism and greed. Daniela is clever, headstrong, and fast. The fact that she can outrun flying robots and outsmart many of her prep-school counterparts is a testament to her character.

North’s rich settings are perfect for showing off Daniela’s determination. At the Tuck School, which is populated by the spawn of Manhattan’s elite, she finds herself in unfamiliar territory, but her ability to adapt and observe serve her well, especially when she starts discovering corruption at the highest levels of society. The deeper she goes, the stronger her determination to fight for what’s right, even at the risk of her position and her life.

Age of Order is a young adult novel that will appeal to anyone looking for polished science fiction with a healthy dose of real-life grit. Daniela Machado might appear to be following in the footsteps of her sisters Katniss Everdeen and Tris Prior, but she proves time and time again that she can outrun anyone when she’s pushed to the edge.

An Appetite for Revenge, a Highly Recommended Cozy Mystery by Jennifer Jennings
Bleed Through, One of the Year’s Best Psychological Thrillers