The Bottom Line: An intelligent, immersive police procedural that will leave you pining for another Jack Bailey novel. 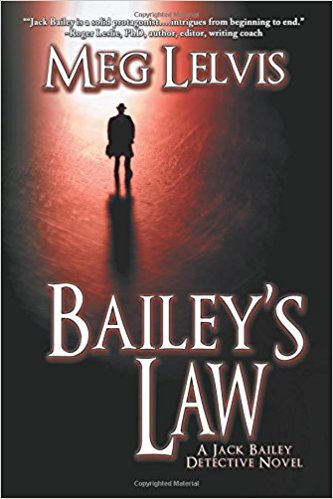 Police Lieutenant Jack Bailey is an emotionally broken man. In an effort to escape his past, he has left his hometown of Chicago for the insufferable heat of Richmond, Texas, where he keeps to himself. Dedicated to his career, and a little too dependent on alcohol, he gets on well with his work acquaintances, who try, and fail, to include him in their families and their personal lives. But six years into his new life in Texas, a new murder investigation may change him forever.
Nearly all satisfying police procedurals include striking parallels between a broken lawman and a case that completely consumes him, and in that respect, Bailey’s Law is no different. What will Bailey be willing to sacrifice to learn the truth? And when it comes to making hard decisions, will he trust his own moral judgment, or the law?

In Bailey, Lelvis has created an unusually well-developed lawman. Lelvis resists the temptation of nonstop sleuthing in favor of a thoughtful study of Bailey’s trauma, moral dilemmas and innate humanness. The dialogue amongst the Homicide team in particular is exceedingly believable, with heaping helpings of dark humor. In these scenes, all political correctness is cast aside, and at least in the context of this book, that’s a very good thing.

Credit Lelvis for thoughtfully and intelligently exploring date rape and mental health issues within the context of an immersive police procedural. Let’s hope that we’re treated to another Jack Bailey book soon.

Crimes of the Levee, a Highly Recommended Historical Crime Thriller by John Sturgeon
Nobody’s Safe Here is One of the Most Exciting Mystery Novels in Years