The Bottom Line: A vivid and complex web of military intrigue, power struggles, and global politics make Battleground State a suspenseful take on one man’s greed and a small-town sheriff’s quest to stop him. 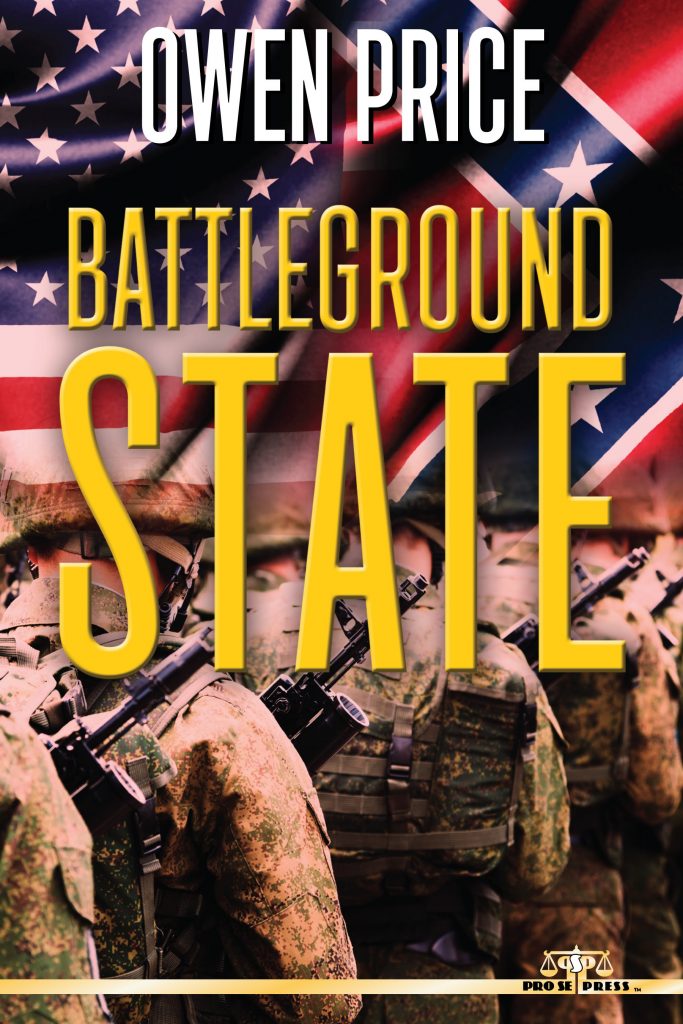 Thomas Marshall, a narcissistic, power-hungry man with delusions of grandeur is the leader of the Southern Liberation Front, a clandestine secessionist party. Its goal is to resurrect the Confederate States of America — and Thomas will stop at nothing to do it. Owen Price’s character may hit a little close to home, but his rich writing and twists will transport readers far from any harsh realities. Unbeknownst to the rest of the world, the SLF is gaining followers and spreading its message, all while Thomas’ ego grows and his lust for world domination reaches a boiling point.

As the pieces of Thomas’ “Operation Outremer” fall into place and WWIII inches closer by the day, Thomas coordinates a deal with terrorists that’ll leave the U.S. in a state of mayhem. As naysayers and dissenters are unceremoniously cast off, Tennessee sheriff Craig Connor finds traces of misconduct in what should be a routine investigation. What he unearths shakes him to his core. The deeper he goes, the more he realizes what the SLF is after.

Price’s story is a lush and detailed take on the horrors of impending war. Where some authors can paint a bleak picture, Battleground State is at once brutal and intricate. Such an involved plot would leave other authors jugging, but in his debut novel, Price shows that he’s deft and daring.

Blade of Death, a Short Story Prequel to the Kyndall Family Thrillers
Diablo, a Spectacular Thriller about Terrorism and the Global Migrant Crisis