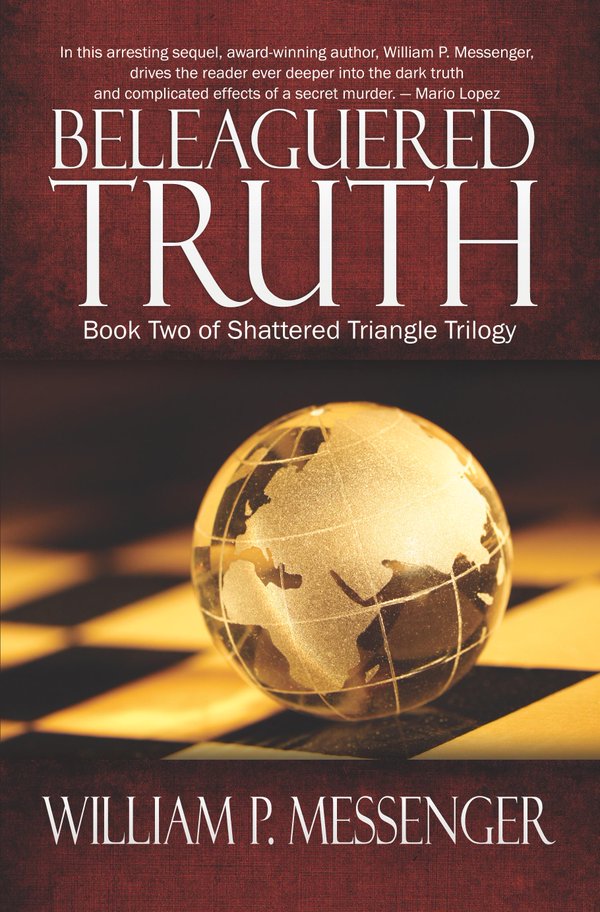 Beleaguered Truth begins where Messenger’s Shattered Triangle leaves off, with an expanded first-person confession of the crime that was the focus of the first book in the series. Core characters Senator Giuseppe Lozano, Father Giovanni Lozano and Lieutenant Tom Moran are back, but this time they are also joined by larger than life historical figures. It’s the year 2000, and members of President George W. Bush’s administration are present in full force, including chief of staff Andrew Card and Vice President Dick Cheney. Even controversial southern senator Robert Byrd makes an appearance.

Fictionalizing political legends that are still alive is risky business in more ways than one. In this case, they serve as a foil for the political ambitions of Giuseppe Lozano, which appear to go far beyond being one of 100 members of the United States Senate. If Shattered Triangle is Tom’s story, then Beleaguered Truth is the senator’s. Much like TV’s House of Cards, Messenger’s second book is less about the strains of friendship than Lozano’s sociopathic thirst for power.

Lozano’s aggressive political style is highly entertaining, featuring blow after blow of backroom maneuvering. However, because readers are likely to bring a lifetime worth of biases about the real-life political figures Messenger includes among his cast, he risks the dilution of his original character, Giuseppe Lozano. For readers, the net effect will depend completely on how closely they followed politics in the 1990s and 2000s. Hardcore political addicts may have themselves dissecting every nuance of his historical portrayals, while those that followed the news of that era only casually may find themselves more fully immersed in the book’s ambitious plot.