The Bottom Line: An uncommonly well-characterized murder mystery about the friendship between a politician, a priest and a police lieutenant. 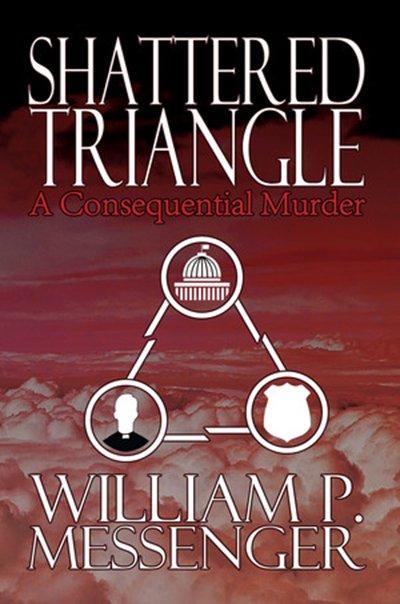 When a leading candidate for the U.S. Senate returns to his Los Angeles home, he finds his wife, two teenage daughters and eleven-year old son murdered. To investigating lieutenant and close family friend Tom Moran, it looks like a professional hit. But what could the motive for killing the family of a politician be? Is it revenge for a past political indiscretion? Could it have been done by an election rival in hopes that the grieving candidate will drop out of the race?

Readers looking for a classic police procedural will find much more than they bargained for in Shattered Triangle. Author William P. Messenger plays with traditional story structure, flashing back and forth in time, and revealing telling details of the actual crime itself far before the end. Still, Messenger still manages to deliver a shocker of an ending that sets up the second book in the series nicely.

While the book’s pacing is deliberately methodical, much of it dwelling on backstory, Messenger succeeds in writing a compelling post-mortem about how close friends grow apart over a lifetime. The author juggles a huge cast, but the most interesting is undoubtedly Tom, who began his career under infamous LAPD Police Chief Daryl Gates: “We had one objective and one only: to get gang members off the streets by any means. If that meant planting evidence on the suspects we questioned, even guns and drugs, well, so be it.”

The narrative features alternate points of view, but Tom’s vantage point is especially rich, particularly as he attends the funeral in the book’s opening pages, when his emotional attachment to the family clearly impede his professional obligations to find the killer. As he gradually gets his teeth into the case, his discoveries reveal much about the family’s network of friends and their public and private personas.

Overall, Messenger delivers admirable psychological heft that will no doubt impress readers looking for more than just a murder mystery.

Game of Fear, a YA Thriller by Gledé Browne Kabongo
Nemesis, a Crime Thriller by Roger A. Price