The Bottom Line: One of the year’s best thrillers so far. The riveting second Jack Bailey novel is a victory for detective fiction fans in search of a clever new series. 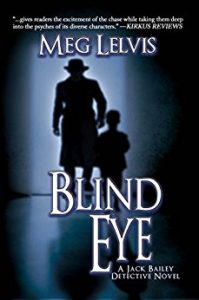 Following her razor-sharp debut novel, Bailey’s Law, author Meg Lelvis has resurrected detective Jack Bailey for another adventure on the mean streets of Chicago. When popular parochial teacher Sister Anne is found murdered along with two Bible verses – Psalm 27:10 and Isaiah 41:17 – Bailey suspects that it won’t be the last. Sure enough, another victim – and another verse – appears again in two weeks. And of course, Bailey rips off the perfect line: “The Bible thumper strikes again.”

The use of scripture in relation to criminal cases is a tried-and-true plot device, but when used by a writer like Lelvis, it never gets old. From the moment Bailey’s partner, Sherk, observes that the word “forsaken” is used in the first two verses, a world of analysis opens up. Did the nun somehow abandon one of her students? Was there abuse involved? Or was it just a red herring to throw the detectives off the trail?

While Lelvis lets us in on a key piece of the puzzle early on, that bold plot device allows her to fully flesh out her villain. But to her credit, she doesn’t show all her cards until the very end, making for a shocking conclusion that will keep readers white-knuckling the book until the bitter end. As a series author, Lelvis is only just hitting her stride. For now, here’s a toast to many happy returns for Jack and Sherk.