The Bottom Line: Highly recommended. This globetrotting tale of vigilante justice will not simply enthrall you – it may also change the way you think about the corporations, media and judicial systems that rule our lives. 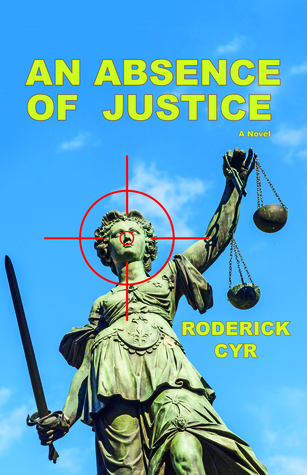 Malcolm Fitzpatrick is a man of unusual skills and ambitions. An unrivaled security technologist, he spends his time breaking into the homes of some of Europe’s wealthiest – and most morally misguided – businessmen. Malcolm doesn’t, however, come to steal from the rich. He instead confronts each of them in person, acting as their judge, jury and executioner.

His targets are industrialists who have committed egregious crimes for which they will likely never been held accountable. In one case, an aircraft safety flaw was deliberately suppressed, leading to the death of hundreds of innocent passengers. In another, a shantytown was set ablaze to make room for new development. In each case, Fitzpatrick produces irrefutable evidence of their guilt. He then offers them a last request: the ability to choose the manner of their death.

Meanwhile in Paris, investigative journalist Camille Chevalier prefers to let her writing take down Europe’s most notorious politicians and businessmen. When her boss sees her latest story, however – one that implicates the paper’s publisher as a purveyor of shocking sexual depravity – he forbids her from publishing it.

Camille soon finds that she herself is a target. Forced on the run, she finds an unlikely soul mate in Malcolm Fitzpatrick. Can they successfully team up do what the justice system cannot? Or will these two ferocious personalities simply turn on each other?

While vigilantism is hardly a new theme in the thriller genre, an Absence of Justice rises above most with its meticulous focus on the worlds of those who would never otherwise be brought to justice. Scenes in Amsterdam, Geneva, Paris and elsewhere come alive in a way that only a painstaking craftsman like Roderick Cyr could (he travels relentlessly to research locations for his books). What’s more, the inner dialogue of his victims embodies the psychopathic tendencies that are frighteningly common among corporate executives. When an innocent gesture of an orchestra conductor, or an offhand comment about decor can trigger such inner rage in daily life, it’s easy to see how business decisions are made with utter disregard for human life.

The result? A highly satisfying novel that you soon won’t forget, featuring a truly memorable protagonist. When you turn the last page, you’ll be begging Cyr to focus an entire series around Malcolm Fitzpatrick.