The Bottom Line: Bravo. At last, a truly great spy thriller set in the war against the Islamic State. A breathtaking, nuanced and can’t-put-it-down novel. 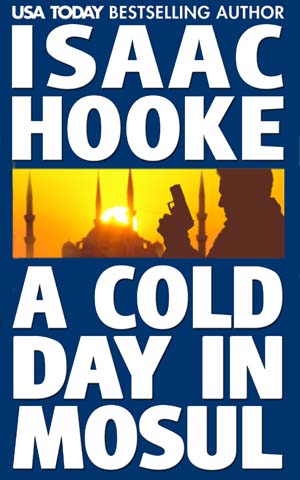 Samantha Rond, America’s top spy in the Middle East, is laser-focused on a mission of singular importance: to hunt down and terminate the acting caliph of the Islamic State. Sam has gone to great lengths to protect her cover, even hiring a former Iraqi government official to pose as her husband in Mosul. Realizing that even money and sex can’t always buy loyalty, she forces him to wear a body camera when he leaves the apartment they share together.

“Sometimes, I feel like a prisoner in my own home,” he complains after a seemingly routine trip to the market. Moments later, her fill-in husband is dead, the apartment itself is vaporized, and Sam is missing.

Enter Ethan Galaal, a defense contractor who first worked for Sam while a member of Black Squadron, a clandestine division of SEAL Team Six. In recent months Ethan has been training Kurds to fight the Islamic State, but he spends a disproportionate amount of time training a woman named Alzena to become a sniper (the tension in their intimate relationship, and its associated cultural divides, is one of the book’s highlights).

But when Ethan learns of Sam’s disappearance, locating and rescuing her becomes his top priority. Along the way, he learns of a powerful player who’s helping ISIS behind the scenes.

Over the past year, I’ve wondered why more writers aren’t using the contemporary Middle East as a backdrop. The answer, I suspected, is because it’s such a monumentally difficult task. ISIS has created a battle for civilization with multiple enemies, no clear allies and no clear borders. Divisions in religion, ethnicity and differing views of history make telling its story through a single lens next to impossible, and yet Isaac Hooke has obviously found fertile ground. A Cold Day in Mosul sets the bar high for the many that are sure to follow, using this new reality as a framework for a fast-paced story that feels realistic, believable and thoughtful while never slowing down.