The Bottom Line: The real-life inspiration for James Bond proves to be every bit as riveting as any of Ian Fleming’s creations. Larry Loftis’ tale of true espionage, assassination and seduction is one of the most remarkable books we’ve read all year. 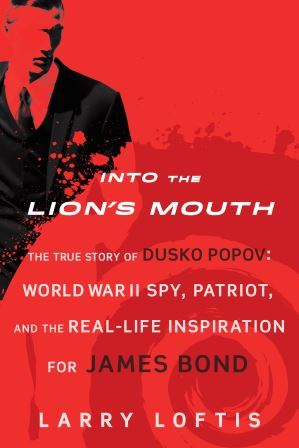 “If a spy wasn’t a criminal before the secret service,” writes biographer Larry Loftis, “he became one in the process.” That certainly seems to be true of Dusko Popov, an operative for the Abwehr, MI5 and MI6, and the FBI during World War II.

Born a Serb, Popov’s fingerprints are all over 20th century history in this who’s who of spycraft. A master of five languages and seducer of women, Popov was schooled in London before making his way to Germany, where he was initially exiled by the Third Reich before his eventual re-recruitment into the Nazi spy machine. Months before Pearl Harbor, the Abwehr sent Popov there to gather intelligence. Three years later, he fed disinformation back to Germany about the upcoming allied invasion of Europe. Conveying false information about preparation, approach and leadership of the upcoming attack, Popov may be an unheralded hero of the D-Day invasion at Normandy.

Loftis may not be the first to tell Popov’s story, but it’s safe to say that no one has packaged it quite like this before. Although Into the Lion’s Mouth reads more like an intelligence caper than a biography, the book is impeccably researched and cited, making it an excellent read for even the most discriminating history buffs.

Before The Fall, a New Suspense Thriller by Noah Hawley
The Night Stalker, a Serial Killer Thriller by Robert Bryndza