The Bottom Line: An electrifying, whip-smart reading experience about a rogue scientist whose lethal creations place the world at the brink of collapse. The Apothecary is a nano-technology thriller, exploring the heights of human degeneracy and the vile consequences of insane arrogance. Highly recommended. 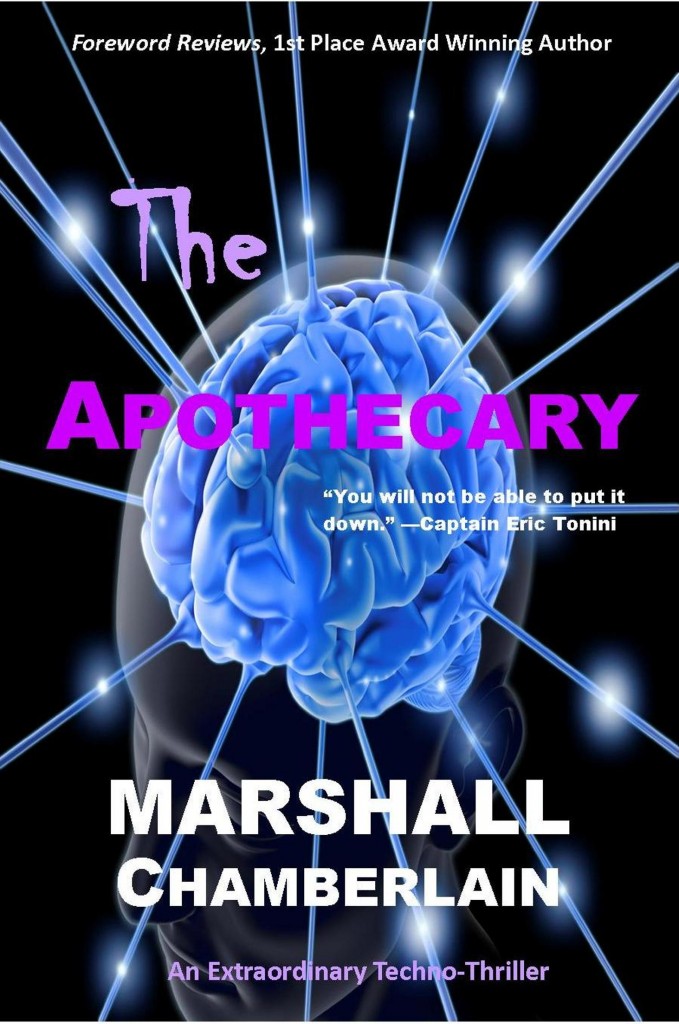 The follow-up to the first two books in Marshall Chamberlain’s excellent Ancestor Series pits the civilized world against Corey Parnevik, a brilliant but mentally deranged nanotechnologist. Parnevik’s talents have taken him to the forefront of top-secret government projects, in partnership with the pharmaceutical industry. But over time, troubles begin as he becomes disillusioned by the lengthy nature of required testing and review procedures.

Parnevik begins conducting unauthorized experiments. When he is confronted by a colleague, whom he needs cooperation from to reach his goals, he explains, “I wanted to experiment in directions the company wouldn’t sanction.” Those directions result in boutique nano-drug products and terrifying confrontations with potential apocalypse.

Fans of Chamberlain’s previous works will welcome back a few familiar themes and players, namely the militarization of space by the U.S. and China, the actions of various rogue states, and degenerate dealings with the underworld.

In Parnevik, Chamberlain has created his best villain yet, in part because it’s so easy to imagine someone like him emerging out of today’s pharma industry. Chamberlain’s greatest gift may in fact be his mastery of establishing believable stakes and “this could happen!” scenarios. You’ll find yourself thoroughly riveted, as well as truly terrified.