The Bottom Line: An ingeniously crafted psychological thriller that bewitches on page one and continues to mesmerize until its shocking conclusion. Fans of The Girl on the Train will love it.

If you’re a fan of unreliable narrators (think The Girl on the Train, American Psycho or Fight Club), we can’t imagine a better read than Ellen Byerrum’s The Dollhouse in the Crawlspace. Told in the first person, the book is a secret journal written between the lines of Homer’s Odyssey. 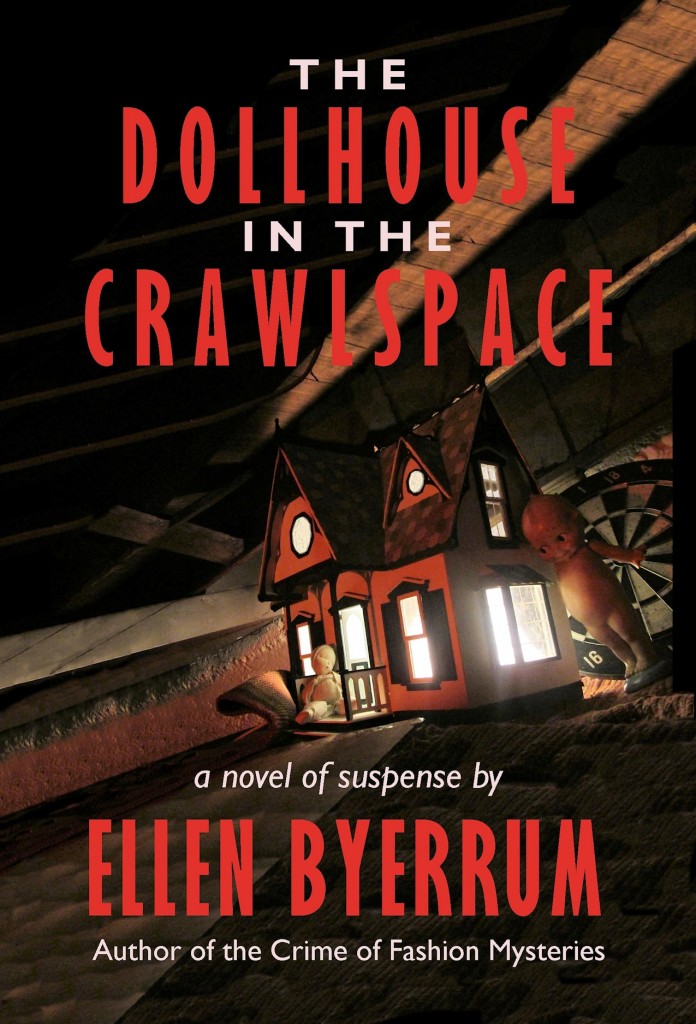 Our narrator’s name is either “Marissa” or “Tennyson,” depending on whether you believe her or her physician, Giles. The one thing they seem to agree on is that she’s a patient in a medical research facility, and Giles is a neurologist. Importantly, Giles also claims to be her fiance, a fact that to her, seems inconceivable. “I’m writing down these words,” she explains, “because I don’t know if tomorrow I will remember what I know today.”

Byerrum has wisely set the facility in a leafy former Virginia horse farm. It’s equal parts charm and horror (“faint screams occasionally come from behind locked doors”). As the book goes on and our settings appear to change, we’re left to wonder whether the manor house furnishings are real or simply a figment of Tennyson’s imagination. But between the many visits from Giles and others, we also learn of experimental drugs, secret research projects and disturbing contradictions in memory.

In less capable hands, it might be easy to tire of the constant ambiguity between Tennyson and “reality.” But Byerrum, veteran author of the Crime of Fashion mysteries, has deftly structured a compelling narrative that never lets go. You won’t either, by the way. This is one book you’re practically guaranteed to finish in record time.