The Bottom Line: Only Grisham fans hoping for a new legal thriller will be disappointed. For everyone else, Camino Winds is paradise. 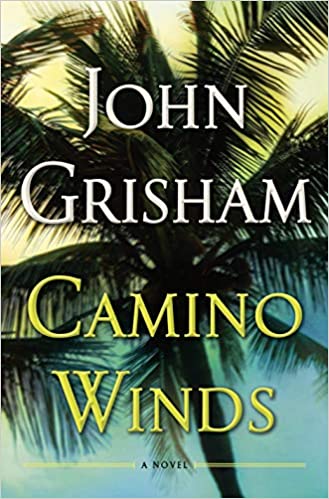 In John Grisham’s latest, a hurricane devastates Camino Island. As hurricanes go, they don’t get much worse than this. Homes, hotels and stores are ruined. The tiny island suffers its fair share of death, too.

Among the dead is Nelson Kerr, a thriller author who is a friend of Bay Books, the local island bookshop.

But the nature of Nelson’s injuries suggests that the storm wasn’t the cause of his death: He has suffered several suspicious blows to the head.

Who would want Nelson dead? The local police are overwhelmed in the aftermath of the storm and ill equipped to handle the case.

Bruce begins to wonder if the shady characters in Nelson’s novels might be more real than fictional.

And somewhere on Nelson’s computer is the manuscript of his new novel.

Could the key to the case be right there—in black and white? As Bruce starts to investigate, what he discovers between the lines is more shocking than any of Nelson’s plot twists—and far more dangerous.

We just finished this one minutes ago, so there’s still a lot to absorb, but one thing is for sure – we could not put it down. We can’t think of a more perfect beach read.

All those looking for a summer escape should pick up Camino Island.