The Bottom Line: Heart-pounding tales of a surgical intern that are both terrifying and profound. This medical thriller will stay with you long past the final chapter. 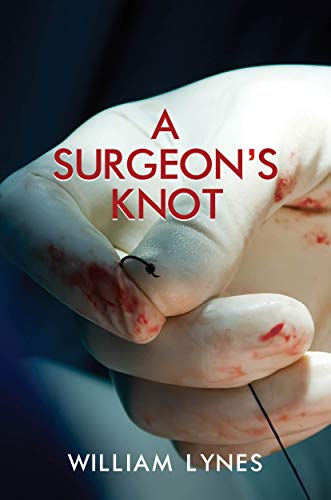 Intern Jackson Cooper MD receives a call from a nurse convinced that she has made a terrible mistake that has put a patient’s life in immediate danger. Upon entering the patient’s room, there’s so much blood that Cooper slips and falls to his knees. As a frenzied team of doctors and nurses enters the room, and blood from a burst artery sprays the ceiling, Cooper oversees a failed attempt to save the man’s life. Minutes later, he informs the family of the man’s death, offering calm reassurance even as the memory of the terrified look in the patient’s eyes haunts him.

Later in the book, Jackson has a close encounter with a patient suspecting of having GRID, or gay-related immune disease, one of the first names given to the AIDS epidemic. Shaken by the man’s symptoms, but not yet understanding how the disease might spread, they don’t wear goggles or shields, but simply agree to put on two sets of gloves while removing the man’s appendix. In another tale, Jackson attends a seminar where a surgeon recounts his use of an innovative surgical procedure to save the life of a convicted murderer, only to be present at the man’s execution years later.

A Surgeon’s Knot – named for the surgical tie used in an operating room – is a simmering account of the life of a surgical intern. Written by Stanford-trained physician William Lynes, MD, the book is less a continuous narrative than a collection of short stories. While the stories are deliberately intense, gory and exhausting, they are both meaningful and addictive.

Lynes, an expert in physician burnout, uses real-life scenarios as the inspiration for Cooper’s experiences. The bite-sized tales speak for themselves, and Lynes wisely avoids unnecessary editorializing. The result is a truly memorable medical thriller that will change the way you think about modern medicine.